The first mural I ever saw. 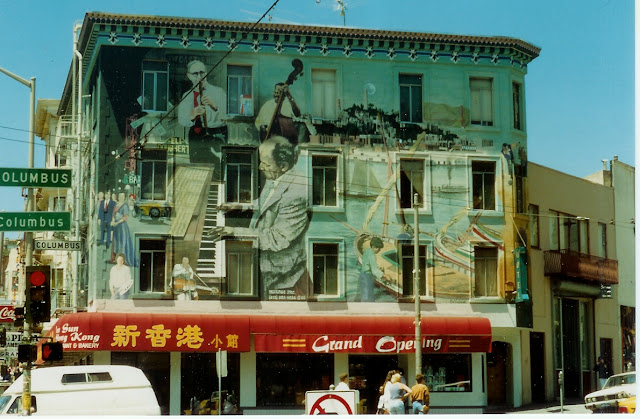 UPDATE - several people wondered if the mural was still there. I had googled the image when I posted and it appeared to be still there.

When I investigated further I learned that this section of the city is known as North Beach. The mural is on the northwest corner of Broadway and Columbus and is the "Jazz Mural" by Bill Weber who has done many murals in S.F. This mural depicts the history of the area, specifically North beach and Chinatown, with several famous jazz musicians and San Francisco politicians.