168 : Nominated by Sepian John Newmark, this photograph of the Potsdam Conference could make you think of meetings, round tables, famous events, photographers being photographed or almost anything else.

I couldn't find a round table but they certainly look like they are having a meeting!! And I can throw in a famous event as well!

My mom and aunt are at the head of the table, my uncle on the right and the couple on the left are Australian friends, Kevin and Jean, we (my parents) met while living in Baie Comeau Quebec. My aunt and uncle were visiting from Montreal.
Uncle Kevin and Aunty Jean would become the parents of Julianne McNamara the American gymnast.
She won the 1980 US all-around title and earned a spot on the Olympic team that boycotted the Moscow Games. 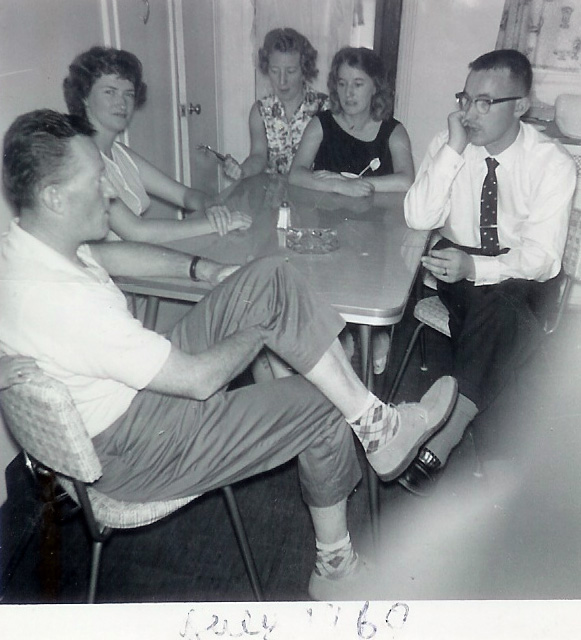 
Posted by Jackie McGuinness at 3:30 AM