I've featured the Neon Boneyard several times as I am fascinated by these landmarks.
Here is yet another post.

This is the old sign from 1957 as the casino has had major renovations done over the last two years and has a new logo. 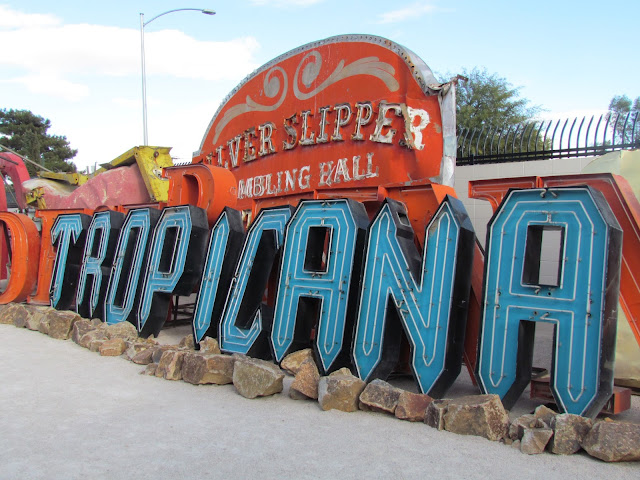 Posted by Jackie McGuinness at 11:30 PM