Taken at The Mob Museum in Las Vegas January 2013. 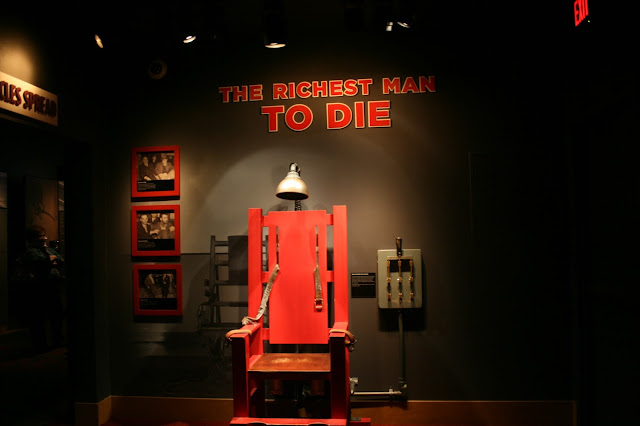 In 1936, Murder, Inc. killers, acting on Buchalter's orders, gunned down a Brooklyn businessman and candy store owner named Joseph Rosen. Buchalter became the only major mob boss to have been personally convicted and sentenced to receive the death penalty in the United States after being convicted of a specific murder. He was sent to the electric chair at Sing Sing (an object that is also part of the collection). He set the record for the richest man ever executed in America.
Posted by Jackie McGuinness at 8:09 PM