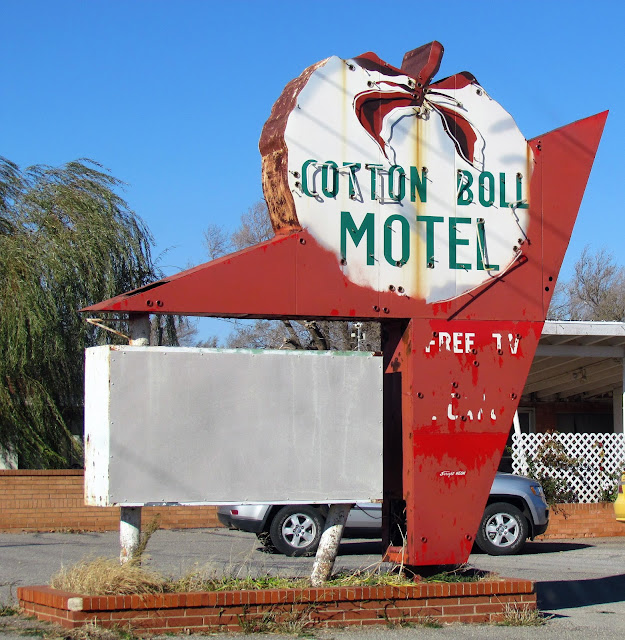 The town initially flourished as a stop along the Rock Island Railroad, then after the 1920's as a fixture along Route 66. The economy was also supported by the close proximity of the Clinton-Sherman Air Force Base. But as the years passed the air force base closed, the railroad was decommissioned, and in 1970 Route 40 bypassed Canute. The town still remains, along with 500 or so sturdy residents, and a small collection of fading signs and buildings. The Cotton Boll Motel is one of Route 66's famous stops. The iconic neon sign still sits along the route in front of the now defunct motel. It no longer operates but remains as a remnant of the former glory days of the little town.


The round, fluffy clumps in which form cotton grows on a cotton plant.
Posted by Jackie McGuinness at 12:30 AM