Completion is scheduled for 2023.

Four low-rise homes on the property, built in 1890 and designated as heritage buildings, will be re-positioned to the east and integrated into the design as retail, office and restaurant spaces. 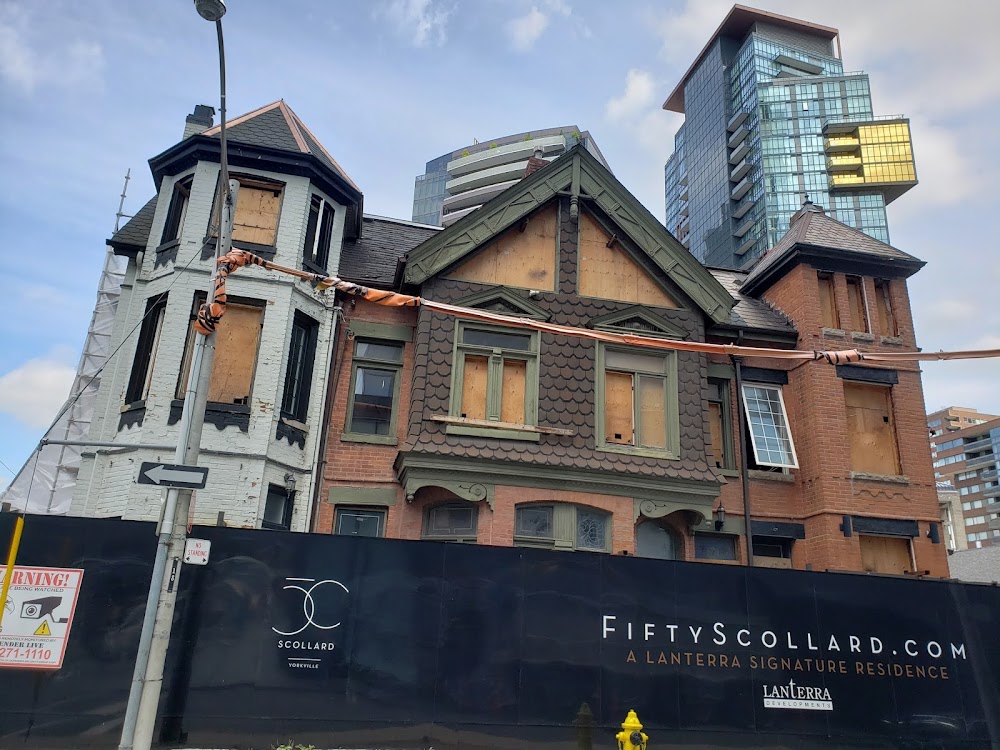 I am intrigued by the use of a person's occupation in the titles below. Especially "a married woman" I would have thought they might use "housewife".
What if you were unmarried?
Starting in Ontario in 1884 and Manitoba in 1900, the Married Women's Property Act gave married women in these provinces the same legal rights as men, which allowed women to be able to enter into legal agreements and buy property.
The properties at 54A, 56 and 58 Scollard Street and 1315 Bay Street are located on part of Township Lot 21 in Concession 2 from the Bay, which was granted to military veteran and politician, David William Smith in 1798. The acreage was immediately sold to John Elmsley, the Chief Justice of Upper Canada, whose family began disposing portions of the land in the 1820s. Francis Collins, a printer, acquired “Block 4” in Lot 21 in 1829, which was inherited by his son and namesake five years later. Following the incorporation of the Village of Yorkville (1853), Francis Collins, Jr., registered Plan 179Y on part of his allotment, naming “Scollard Street” for Toronto banker, Maurice Scollard, his former guardian.
In 1889, William Sexton, a Toronto contractor, purchased Lots 73 and 74 and was issued a building permit for “four attached 2 storey and attic brick-fronted dwellings, corner of Scollard and Ketchum”. The dwellings were in place prior to the recording of the assessment roll in September 1890, which indicated that the easternmost unit at present-day 5A Scollard stood vacant, with the other units containing tenants. Sexton’s family sold the properties in 1891, and the subsequent owners continued to rent them until the Imperial Loan Company acquired the tract in 1901. At this time, the four properties were sold individually to Hugh Scott, a labourer (present-day 54A Scollard), Lavinia Blakely, a married woman (present-day 56 Scollard), Charles Quakenbush, a railway conductor (present-day 58 Scollard), and Peter A. Wilson, a streetcar operator (present-day 1315 Bay Street). Apart from the row house at present-day 56 Scollard, which continued to be rented, the properties were occupied by their owners.
The building in the background with the protruding gold extension is called The Yorkville Condominiums on Davenport built in 2005. Current listings for 1 bedroom go for $800K to $950K. 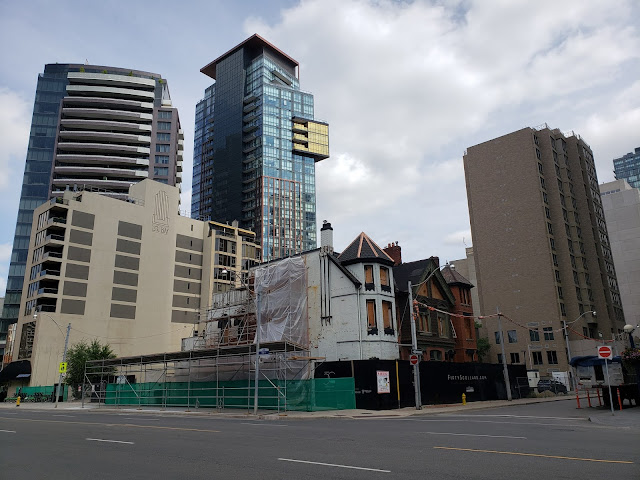