Discovered along the Danforth last week.

On the far right bottom it says Crossroads. We lived in the east end of the city for 20 years and had not heard this term applied to this area although it is a lot further east than where we typically hung out.
Crossroads of the Danforth BIA was established in 2008. The BIA has been formed on the Danforth between Victoria Park and Scotia Avenue. 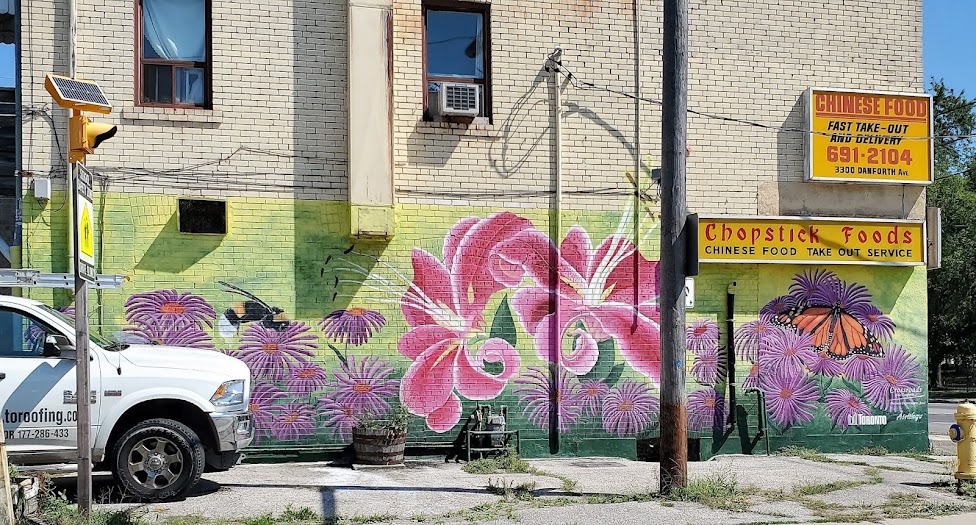 Painted by Jacquie Comrie aka the Queen of Colour, a name I have been seeing lately. She is a local artist who has been commissioned to do works around the world.
She was the artist for the Toronto streetcar that I tried so hard to get a photo of when it was doing its limited run.

This building is an architectural oddity that has survived for over a century, as only half of the structure remains, the other section has been demolished. The Toronto Directories reveal that in 1888, two houses were under construction on the site. The houses were Bay and Gable in style.
As of September 2020 the building now houses a cannabis shop called Blunt and Cherry. 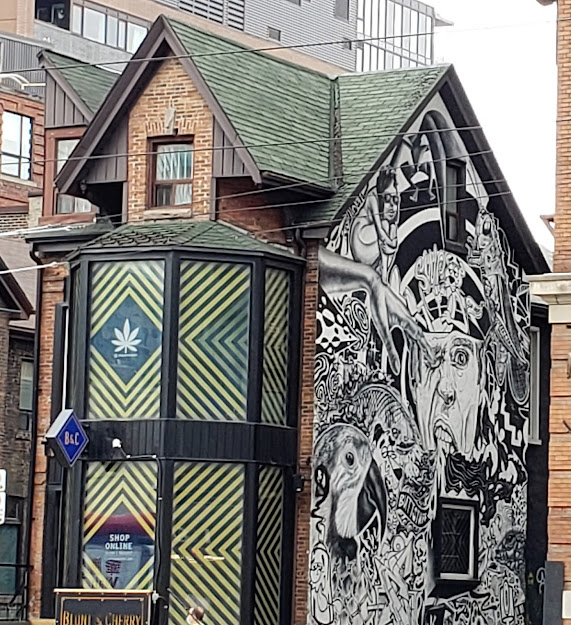 This is prime downtown property so I would be surprised if it isn't torn down to make way for yet another condo. 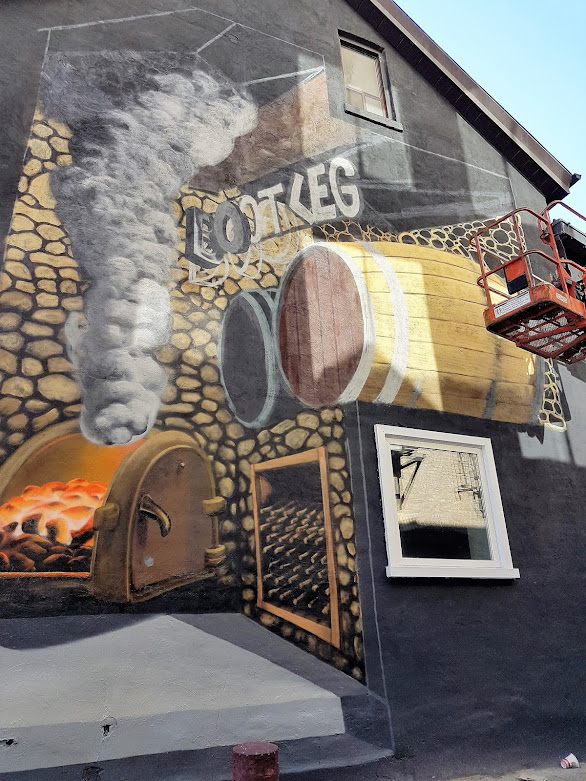 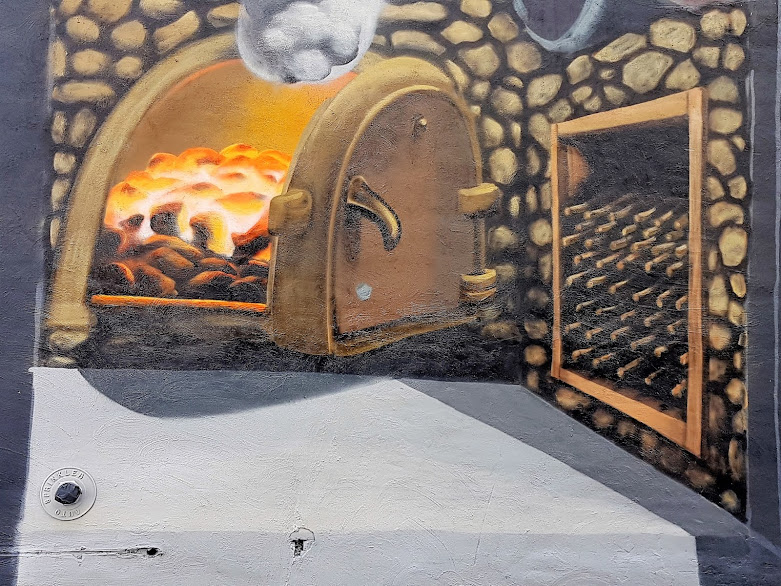 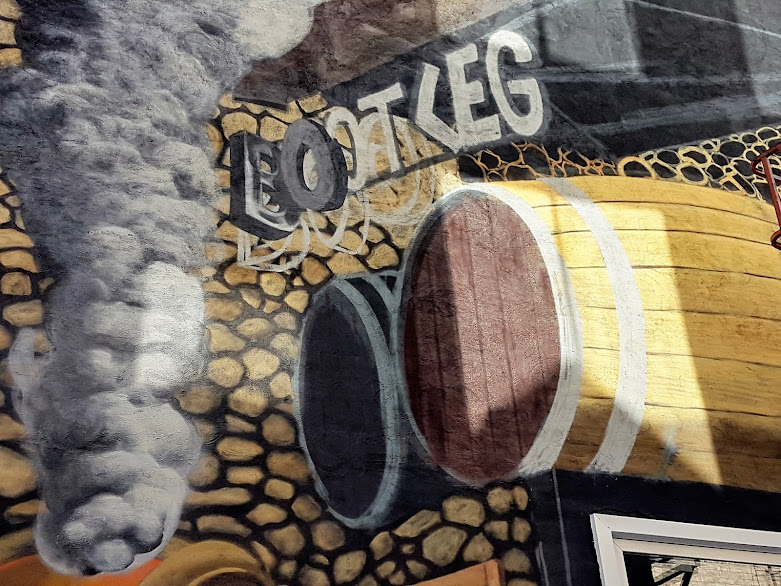