Found in my archives.

In the 1930s, Robert Home Smith, developer of The Kingsway, set aside lots along both sides of Bloor Street as “Kingsway Park Business Sites” to provide shopping and services for local residents. When the Kingsway Theatre opened in 1939 on Bloor Street West, just west of Royal York Road, it was billed as a “modern picture palace” with its exterior of shiny black vitrolite and polished aluminum. 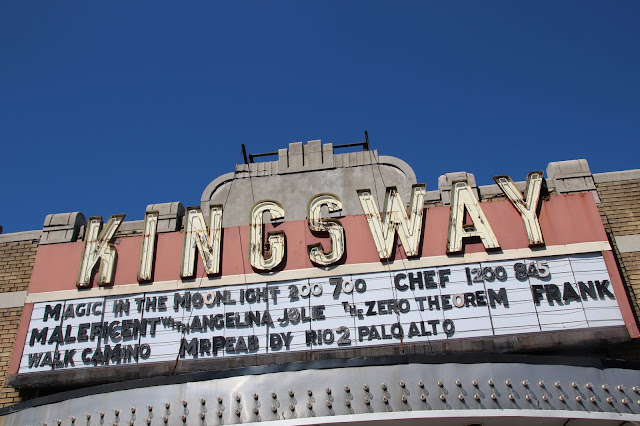 In this 1949 photo, the adults lined up will pay 20 cents and kids 10 cents to see to see the film That Midnight Kiss, starring Kathryn Grayson and José Iturbi. In fact, those prices also included a second feature, a cartoon, and a newsreel...and no ads! 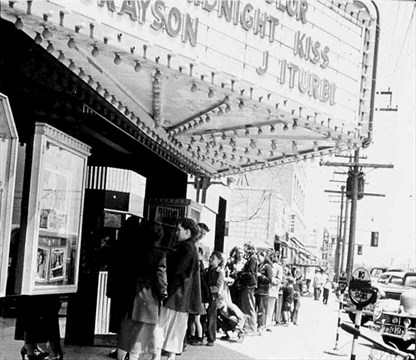 Source
Posted by Jackie McGuinness at 1:00 AM