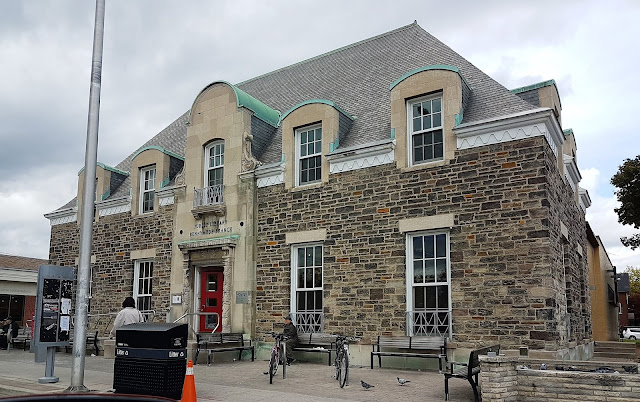 The Runnymede Library, whose architect was John M. Lyle, opened in 1929. Lyle also designed Toronto’s new Union Station, which was officially opened in 1927, as well as the 1497-seat Royal Alexander Theatre, which commenced stage performances in 1907, and the impressive headquarters of the Bank of Nova Scotia at King and Bay Streets. Lyle was born in Ireland in 1872, but spent his childhood in Hamilton, Ontario. He studied at Yale University and in Paris. He commenced his career in New York City, but returned to Canada in 1905, and lived in Toronto. He is often referred to as a “progressive traditionalist,” as he combined the best of the traditional architectural styles, but included modern motives that combined English, French, and Aboriginal traditions. The Runnymede Library is one of the best examples of a building that includes these three traditions. Lyle greatly promoted Beaux Arts Classicism.

Since the library opened in 1929, it has been expanded to the north, but Lyle’s original design has never been compromised. 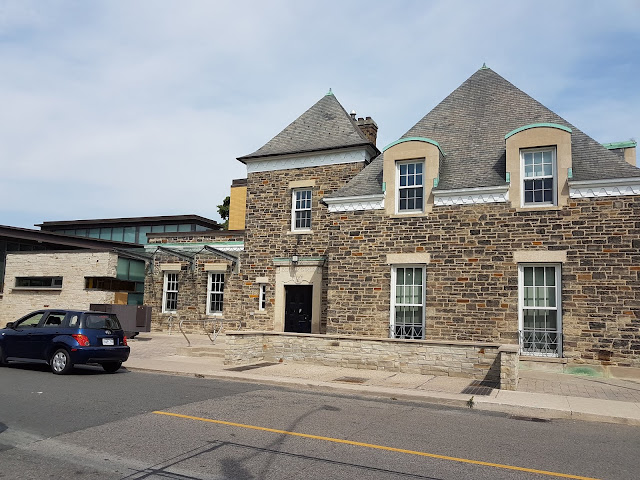 The walls of the two-storey Runnymede Library are constructed of rough, highly textured stone from the Credit River Valley. The steep black-slate roof and gabled windows are reminiscent of French Canadian architecture. The four gables that face Bloor Street break the roof line on the south side. The doorway has carved-stone totem poles and other Native Peoples’ motifs. 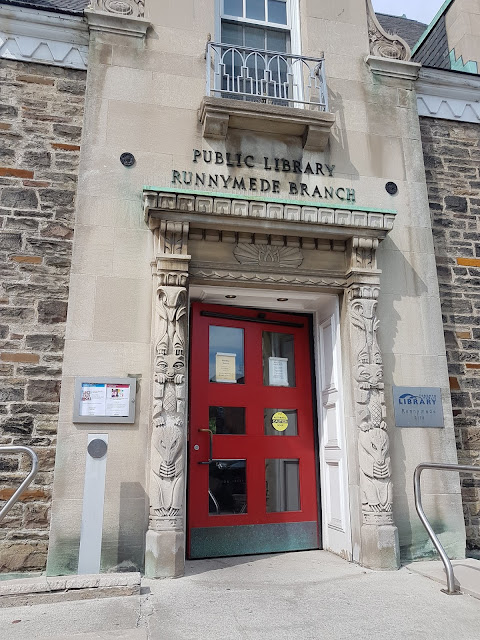 The west elevation is for children and is less formal, with a separate entrance and a staircase leading to the second-floor reading area. 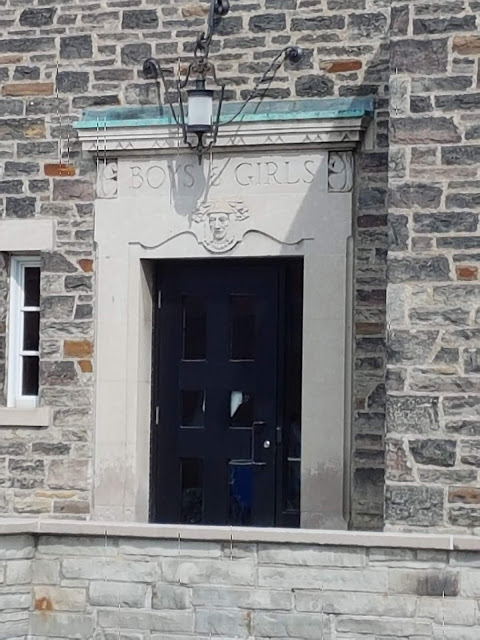