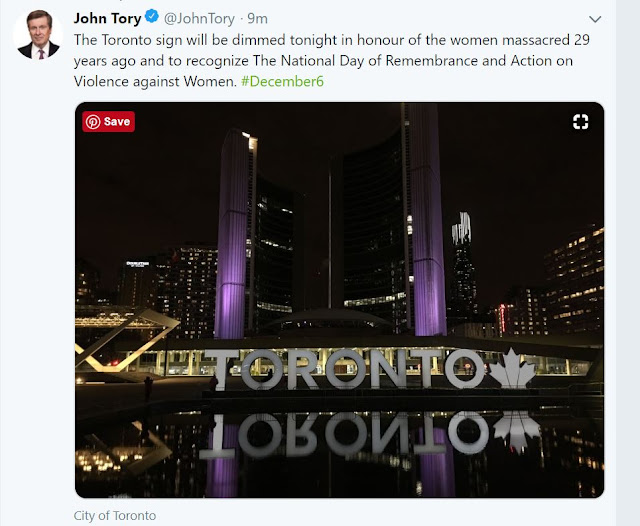 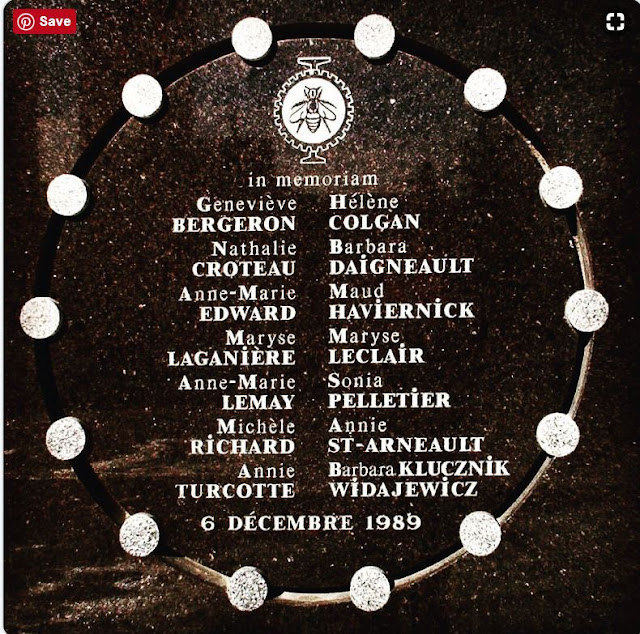 I remember this day well. Coming home from work and wondering why there were so many sirens.

A twenty-five-year-old man, armed with a rifle and a hunting knife, shot 28 people, killing 14 women, before committing suicide.

He began his attack by entering a classroom at the university, where he separated the male and female students. After claiming that he was "fighting feminism" and calling the women "a bunch of feminists," he shot all nine women in the room, killing six. He then moved through corridors, the cafeteria, and another classroom, specifically targeting women to shoot. Overall, he killed fourteen women and injured ten other women and four men in just under 20 minutes before turning the gun on himself.

His suicide note claimed political motives and blamed feminists for ruining his life. The note included a list of 19 Quebec women whom he considered to be feminists and apparently wished to kill. It is the deadliest mass shooting in Canadian history.
Posted by Jackie McGuinness at 8:42 AM