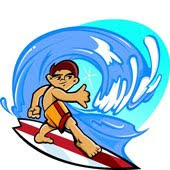 All Hawaiian words end in vowels, and even though there are only five vowel letters in the language, they are used in complex ways that create a wide variety of sounds. All vowels have a short and a long sound. In addition, there are nine short vowel diphthongs and six long vowel diphthongs.
Vowels may follow each other but consonants are always followed by a vowel, creating syllables with only two letters. Words never end in a consonant and because there is no "S" in the Hawaiian language, nouns are not pluralized.

The Hawaiian language is a member of the Austronesian family of languages and closely resembles other Polynesian languages like Tahitian, Maori, and Samoan. Although in decline for much of the 19th and early 20th centuries, the Hawaiian language has been experiencing a resurgence in the last several decades as the result of efforts to enroll Hawaiian children in Hawaiian language immersion schools. However, a very small percentage of inhabitants remain native Hawaiian speakers.
What a visitor to Hawaii will certainly discover is the importance of the Hawaiian language in the daily lives of the residents of the islands. Streets, villages, schools, government buildings, restaurants, and parks are commonly named with Hawaiian words.
Posted by Jackie McGuinness at 2:17 PM