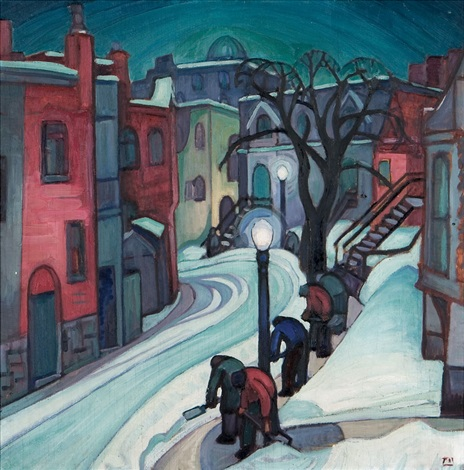 
She was born Marian Mildred Dale in Montreal. She showed talent at an early age: her first works were exhibited in 1918. She attended The Study, a private school for girls, for three years and later became one of the first students at the École des beaux-arts de Montréal in 1924. After study in London at the Slade School of Art, she returned to her home city, where in 1928 she married the poet and law professor F. R. Scott. They had one son, the diplomat Peter Dale Scott.

Scott's career began with landscapes, followed by cityscapes which reflected her social concerns. In the 1940s, she turned to abstraction, seeking inspiration in scientific literature.

In the 1930s, Scott was active in anti-fascist movements and the Co-operative Commonwealth Federation, which her husband had helped found. She also taught art to disadvantaged children as part of an organization set up by her close friend Norman Bethune. As a pacifist, she campaigned for nuclear disarmament in the 1950s and against the Vietnam War in the 1960s.
Posted by Jackie McGuinness at 8:17 AM