Bloor St. West on the side of The Bee Shop. It was behind a locked fence.

Illustration by Slavka Kolesar, the same artist who has done the art works for The Sacred Bee film series. 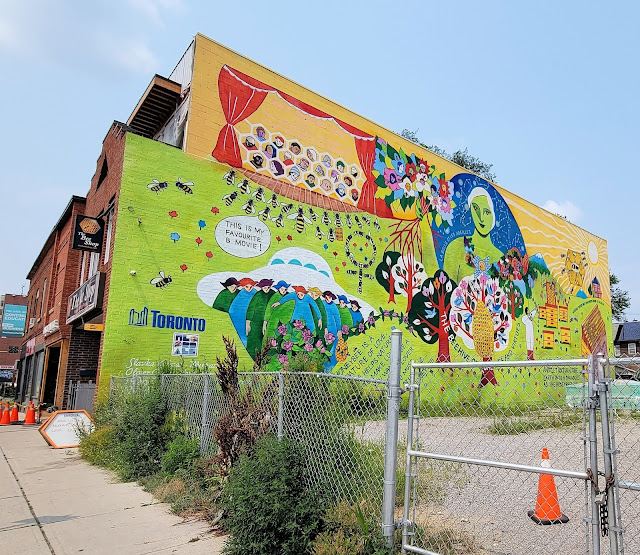 This original mural combines science, art and spirituality to tell the fascinating story of the honeybee. Set in vignettes as in a mystical vision the mural’s centrepiece features Mother Earth with the zodiacal constellations as her tiara representing the cosmic consciousness of this model of the feminine principal par excellence the honeybee symbolically is and inspires. Stars in her eyes show her to be illuminated and a cornucopia necklace featuring the fruits and vegetables that result from honeybee pollination show her to a generous, fertile and nourishing Mother. Further Mother Earth is preciously holding a bouquet of flowers inset with various members of the human family that the honeybees are visiting and inspiring. This shows the love Mother Earth has for us as she has given us a piece of herself that our physical bodies are made up of. Her logo of La Belle et les Abeilles is French; the language of love, for beauty and the bee; the modicum of this honeybee inspired version of Mother Earth. 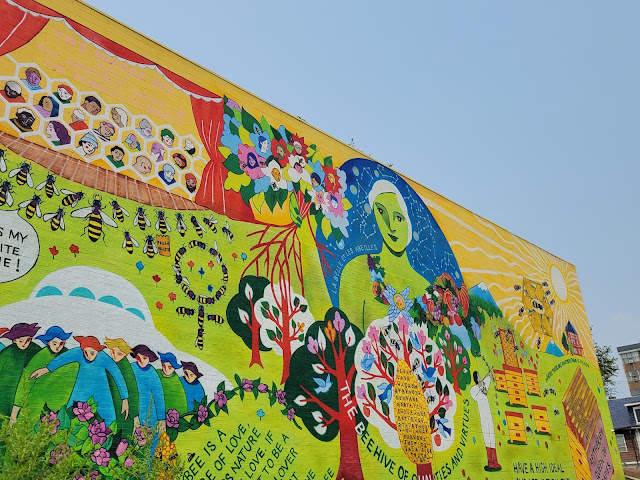 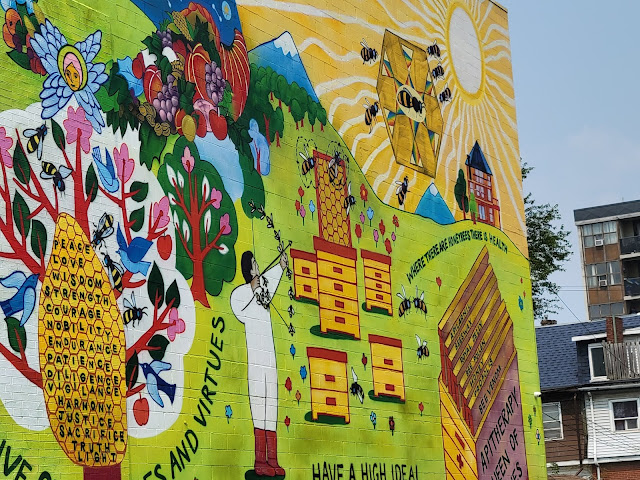