The Toronto City Hall, or New City Hall, is the seat of the municipal government of Toronto, and one of the city's most distinctive landmarks. Designed by Finnish architect Viljo Revell (with Heikki Castrén, Bengt Lundsten, and Seppo Valjus) and landscape architect Richard Strong, and engineered by Hannskarl Bandel, the building opened in 1965. It was built to replace Old City Hall, which had housed city offices since 1899. The current city hall, located at Nathan Phillips Square, is the city's fourth and was built to replace its predecessor which the city outgrew shortly after its completion. 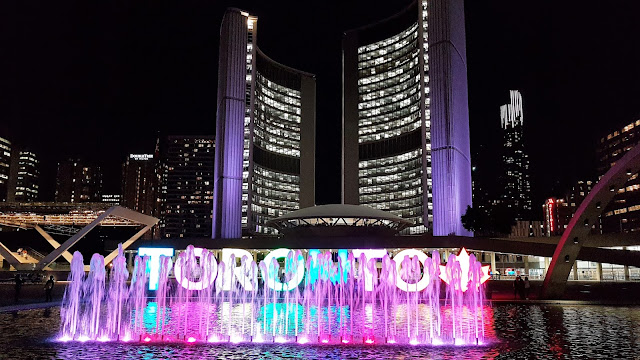 Posted by Jackie McGuinness at 1:29 PM