The Pont du Gard is an ancient Roman aqueduct bridge built in the first century AD to carry water over 50 km (31 mi) to the Roman colony of Nemausus (Nîmes). It crosses the Gardon River near the town of Vers-Pont-du-Gard in southern France. The Pont du Gard is the highest of all Roman aqueduct bridges, and one of the best preserved. It was added to UNESCO's list of World Heritage Sites in 1985 because of its historical importance. 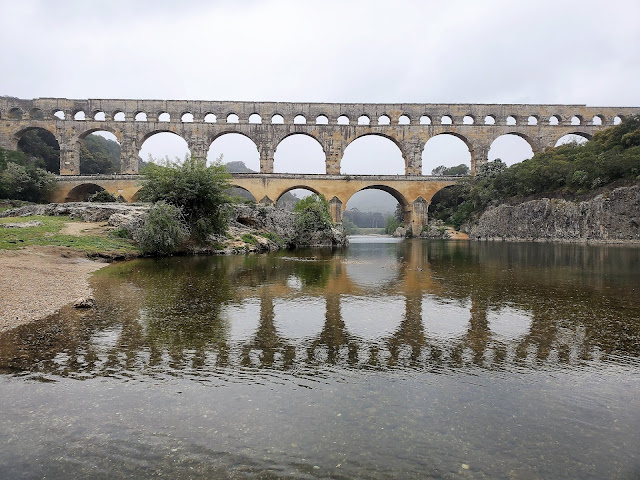