John was reading the news and mentioned this to me this morning.

Borden, whose mascot, Elsie the Cow, has smiled out at consumers from milk, cheese and butter cartons for more than 80 years, has filed for bankruptcy protection, becoming the second major U.S. dairy company to seek help as milk prices soar and more Americans turn to milk alternatives.

Growing up in Montreal, I remember Elise the Cow!

Elsie the Cow is a cartoon cow developed as a mascot for the Borden Dairy Company in 1936 to symbolize the "perfect dairy product" Since the demise of Borden in the mid-1990s the character has continued to be used in the same capacity for the company's partial successor, Eagle Brand, owned by The J.M. Smucker Company.

Named one of the Top 10 Advertising Icons of the [20th] Century by Ad Age in 2000, Elsie the Cow has been among the most recognizable product logos in the United States and Canada.

I knew I had a photo of Borden's from Lafayette LA but I found three more in my archives. 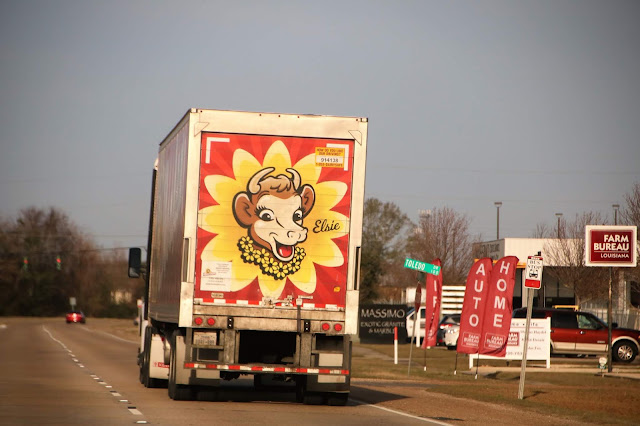 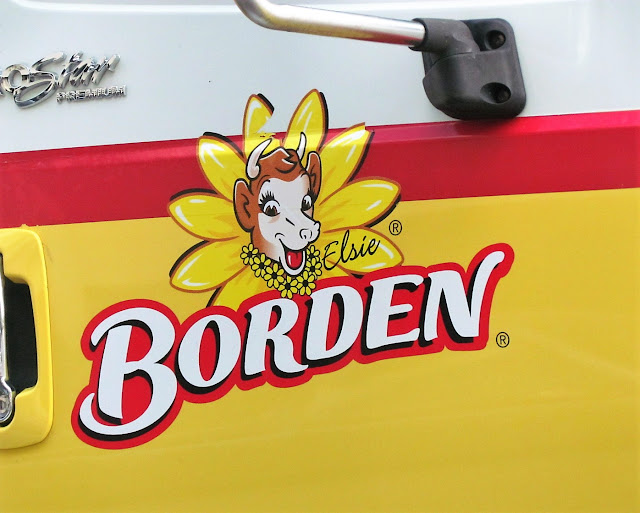 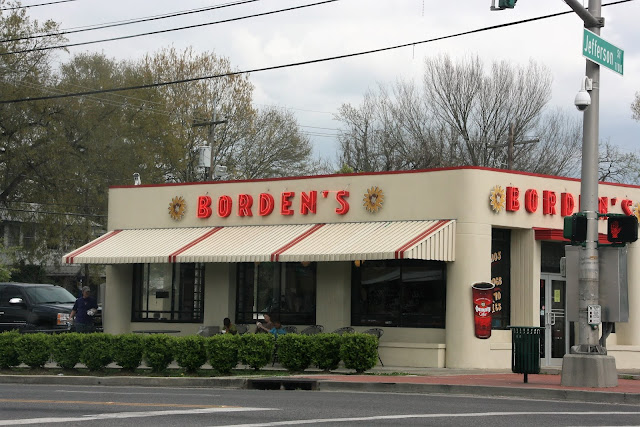 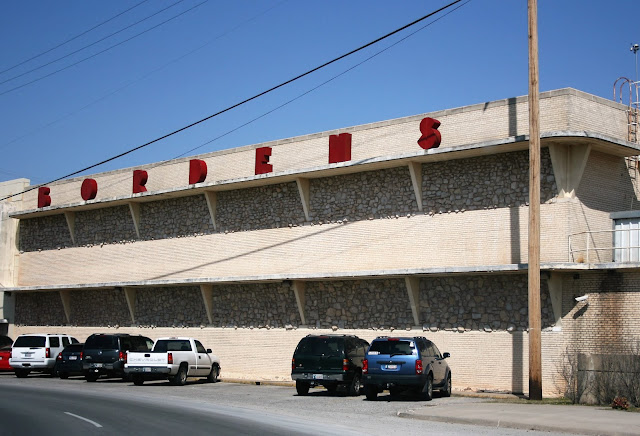 Posted by Jackie McGuinness at 9:14 AM