The church of the Santissima Trinità dei Monti, often called merely the Trinità dei Monti is a Roman Catholic late Renaissance titular church. It is best known for its commanding position above the Spanish Steps which lead down to the Piazza di Spagna. The church and its surrounding area (including the Villa Medici) are a French State property. 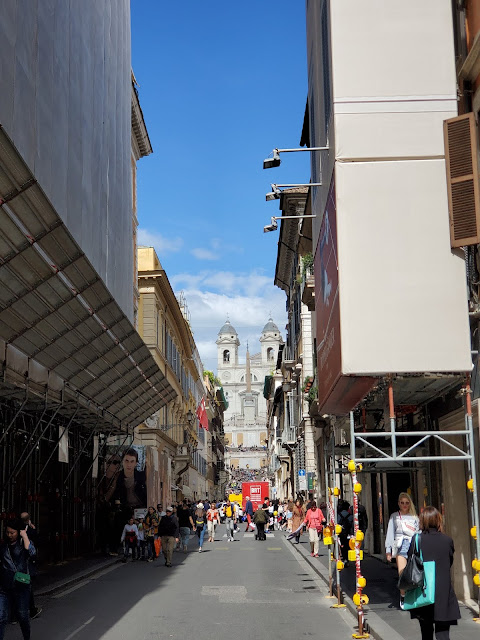 In front of the church stands the Obelisco Sallustiano, one of the many obelisks in Rome, moved here in 1789. It is a Roman obelisk in imitation of Egyptian ones, originally constructed in the early years of the Roman Empire for the Gardens of Sallust near the Porta Salaria. The hieroglyphic inscription was copied from that on the obelisk in the Piazza del Popolo known as Flaminio Obelisk. 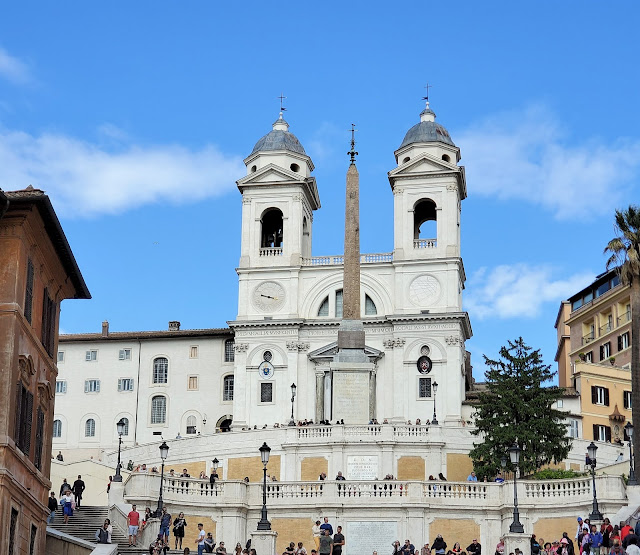