This was probably the first mural I ever saw when we moved to Toronto in the 1990s. I looked through my posts and believe I have never posted it!

It was first created in 1980. It has had face-lifts over the years. This is an interesting article about the mural.

The Gooderham Building is well known both for its narrow wedge shape and for the mural on its back wall. It is also called the Flatiron. 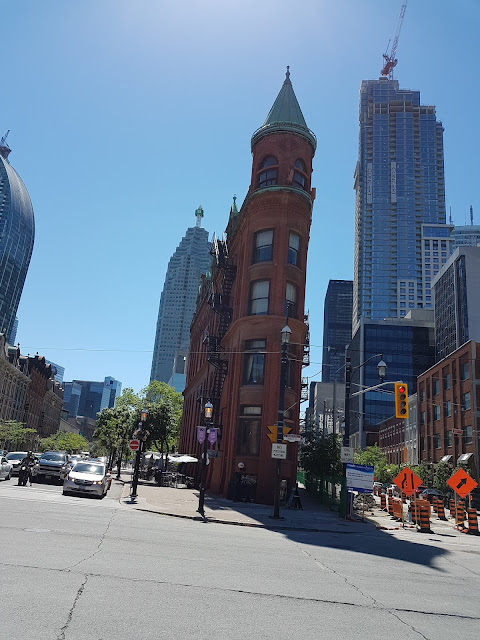 The Flatiron Mural by renowned Canadian artist Derek Michael Besant uses a trompe l'oeil effect to not only make the wall appear to have more windows than it does, but to also give it a more mobile effect by having its edges 'fluttering' away where they are not 'tacked' down. It is a picture of the Perkins Building, which is located directly across the street.

The mural, whose curtains were meant to evoke the history of the St. Lawrence Market area as a theatre district, has become a historic piece. 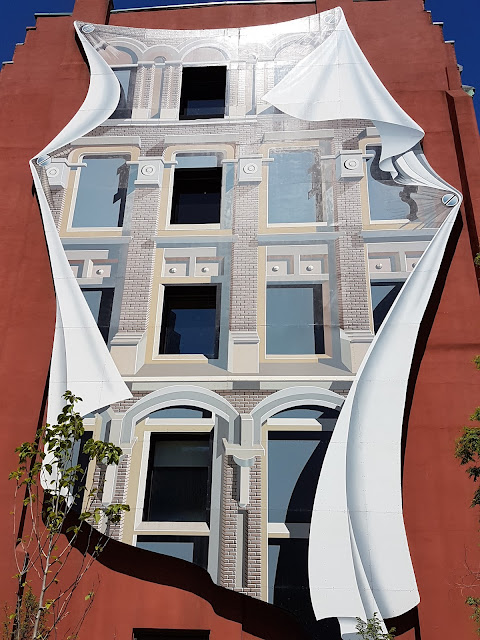 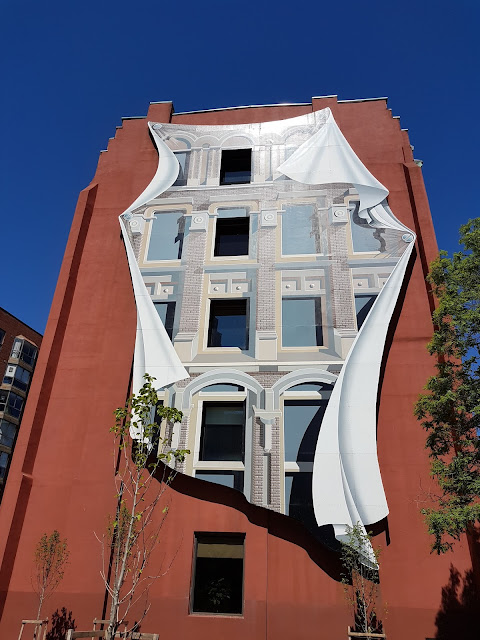 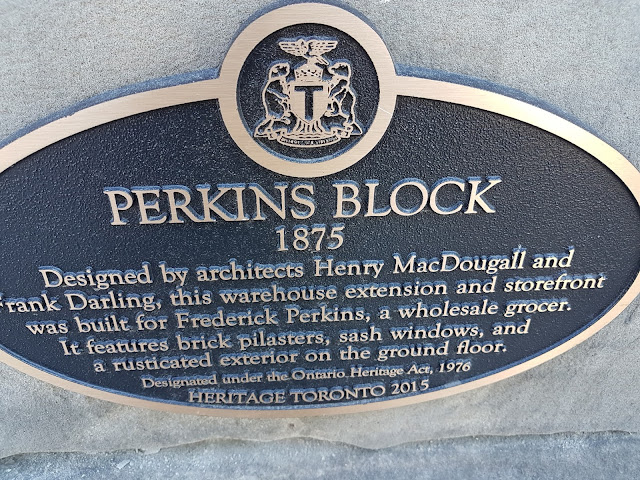 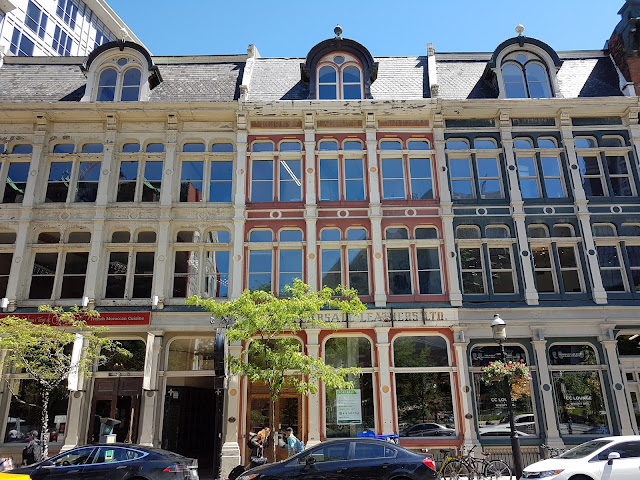 Posted by Jackie McGuinness at 7:13 PM