This month's theme  Linking up with City Daily Photo.

Michael Snow is one of Canada’s most celebrated artists. Born in Toronto in 1928, he has exhibited his work around the world for 80 years. You may have walked under his work in the Eaton Centre many times – those famous geese suspended in flight in the mall’s atrium (titled Flight Stop) were created by Snow in 1979. The AGO holds a large number of works by Snow in its collection, including several of the Walking Woman sculptures. Starting in the 1960s, Snow produced many artworks using the Walking Woman form, including paintings, sculpture and photographs. This particular set was created for the Ontario pavilion of Expo 67 in Montreal, and gifted to the AGO by the Province of Ontario the year after its debut. 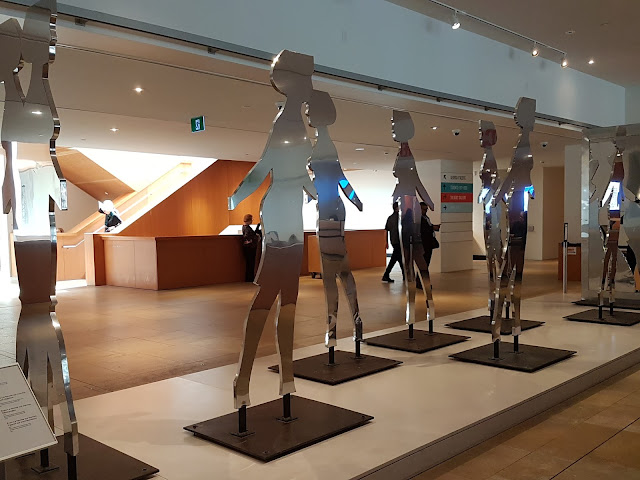