Reposting again this week as we are on our final stretch home.
We will be doing some of his route in reverse this week so hope to find more cool signs.
Next week i should be back to regular posts!

Continuing with our travels along Route 66 featuring iconic motel signs.
November and December 2012 saw us taking our first winter sojourn away from cold and snowy Toronto. We drove across from Toronto to (eventually) Los Angeles and back in the spring of 2013. We made many stops along the towns of Route 66 on interstate 40.

In earlier years we had taken many vacations in California which also led to some Route 66 icons.

I am enjoying doing these posts as I research the hotels and motels along the way and learn many new things.
Wikipedia is usually my source.

El Rancho Hotel is an historic hotel built by the brother of film director D.W. Griffith. It is located on old U.S. Route 66 and became the temporary home for many Hollywood movie stars. 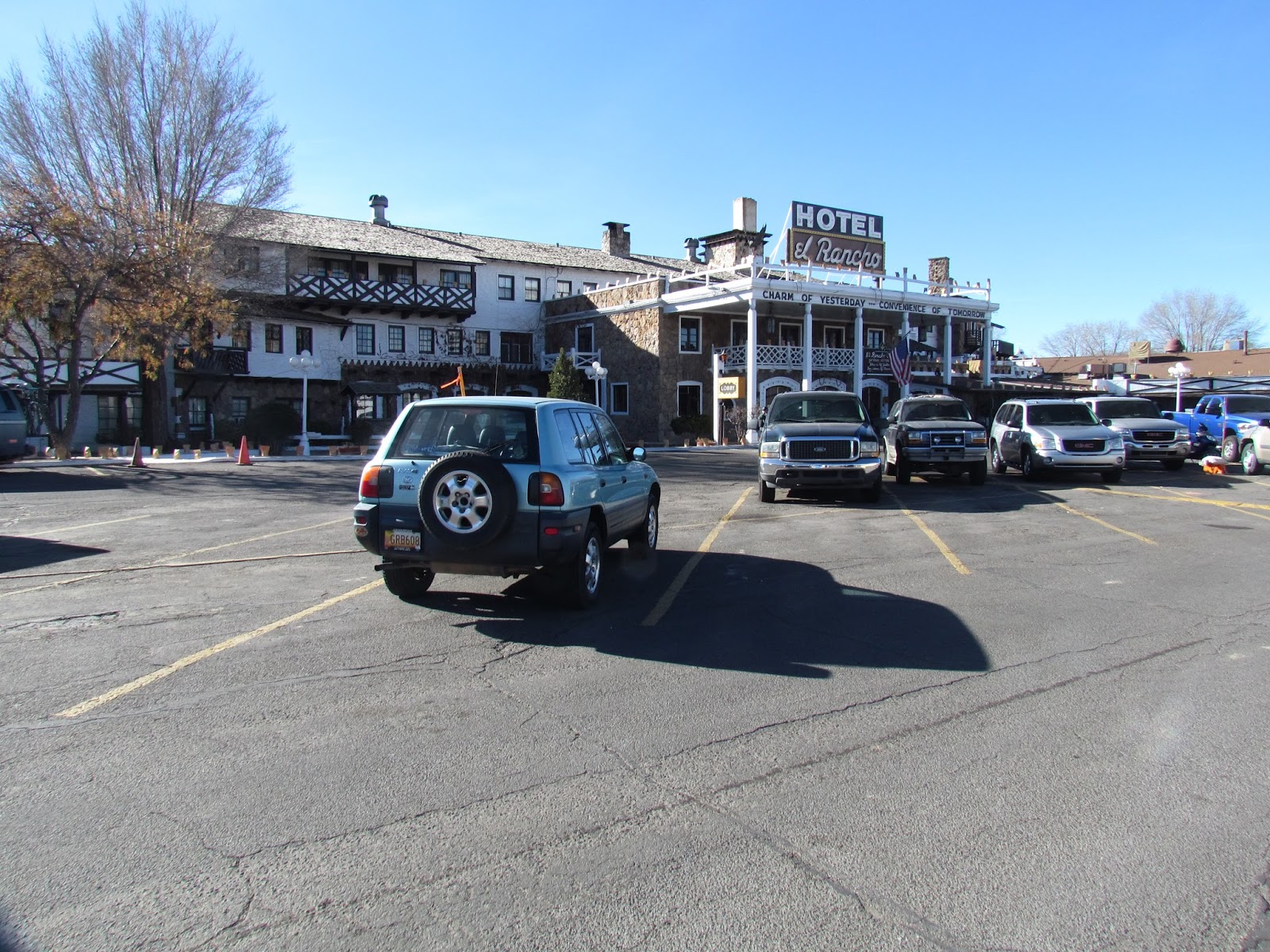 It opened in 1937 as a base for movie productions. Employees were trained by the Fred Harvey Company. Fred Harvey is credited with creating the first restaurant chain in the United States. Harvey and his company also became leaders in promoting tourism in the American Southwest in the late 19th century. The company and its employees, including the famous waitresses who came to be known as "Harvey Girls", successfully brought new higher standards of both civility and dining to a region widely regarded in the era as "the Wild West". The popularity of the Harvey Girls grew even stronger in 1946, when Judy Garland starred in the film version of Samuel Hopkins Adams’ novel The Harvey Girls.

Judy Garland in a scene from the film.

In 1883, Harvey implemented a policy of employing a female white only serving staff. He sought out single, well-mannered, and educated American ladies, and placed ads in newspapers throughout the east coast and midwest for "white, young women, 18 to 30 years of age, of good character, attractive and intelligent". The girls were paid $17.50 a month (approximately $443 in today's terms) to start, plus room, board, and tips, a generous income by the standards of the time.

The women were subjected to a strict 10:00 p.m. curfew, administered by a senior Harvey Girl who assumed the role and responsibilities of house mother. The official starched black and white uniform (which was designed to diminish the female physique) consisted of a skirt that hung no more than eight inches off the floor, "Elsie" collars, opaque black stockings, and black shoes. The hair was restrained in a net and tied with a regulation white ribbon. Makeup of any sort was absolutely prohibited, as was chewing gum while on duty. Harvey Girls (as they soon came to be known) were required to enter into a one-year employment contract, and forfeited half their base pay should they fail to complete the term of service. Marriage was the most common reason for a girl to terminate her employment.

With the opening of Interstate 40, the property fell into decline. Armand Ortega bought and restored the property. 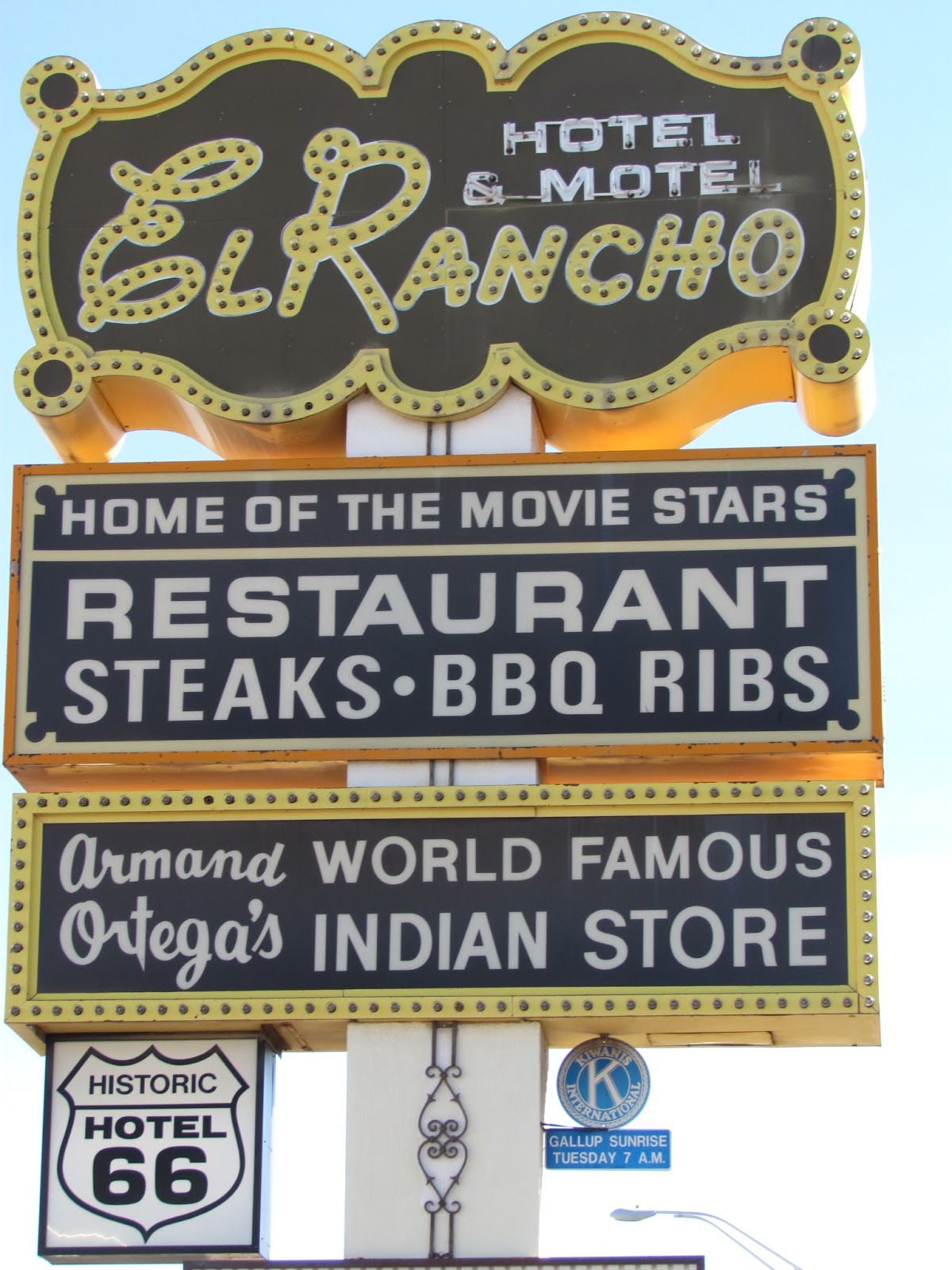 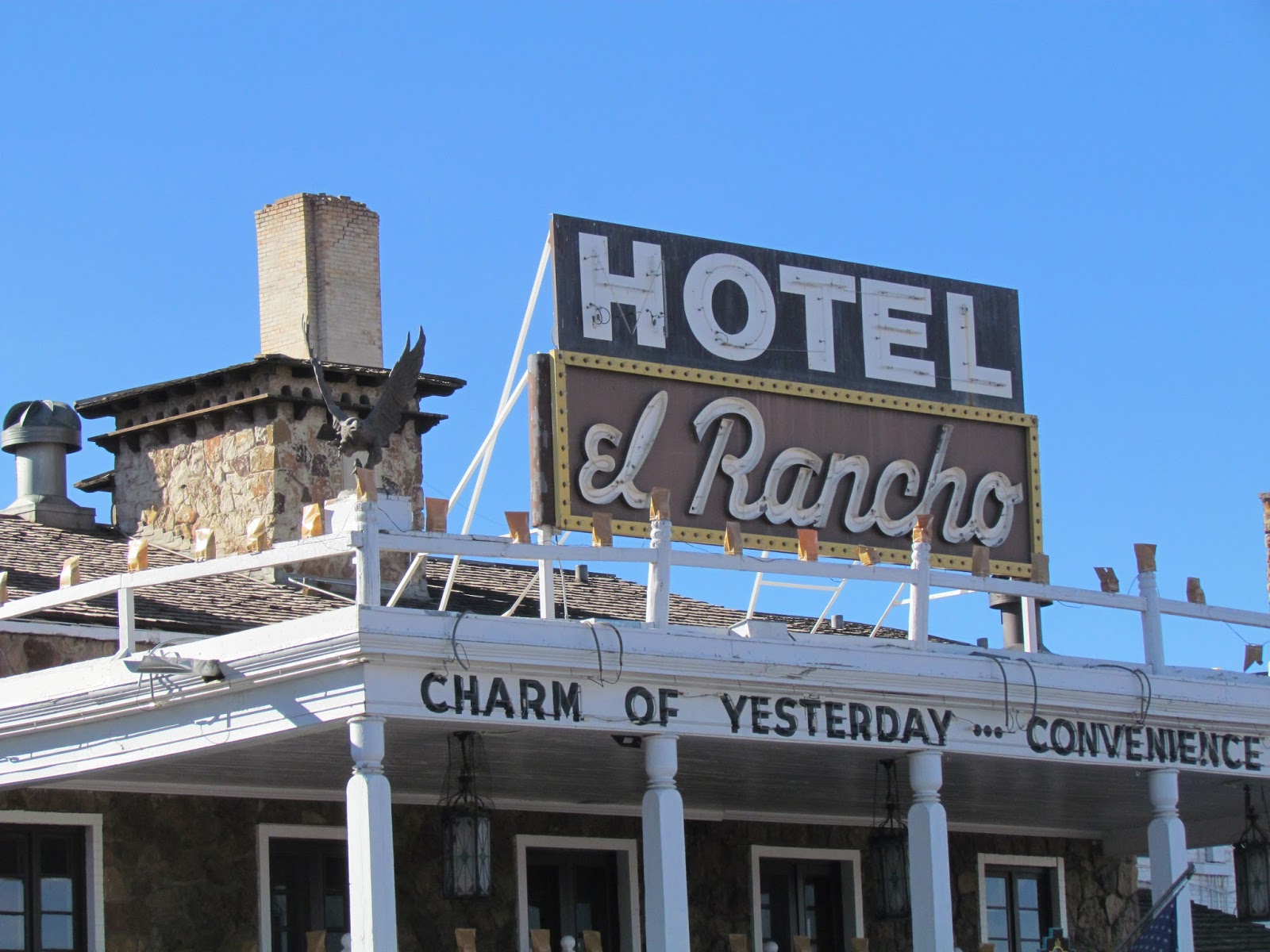 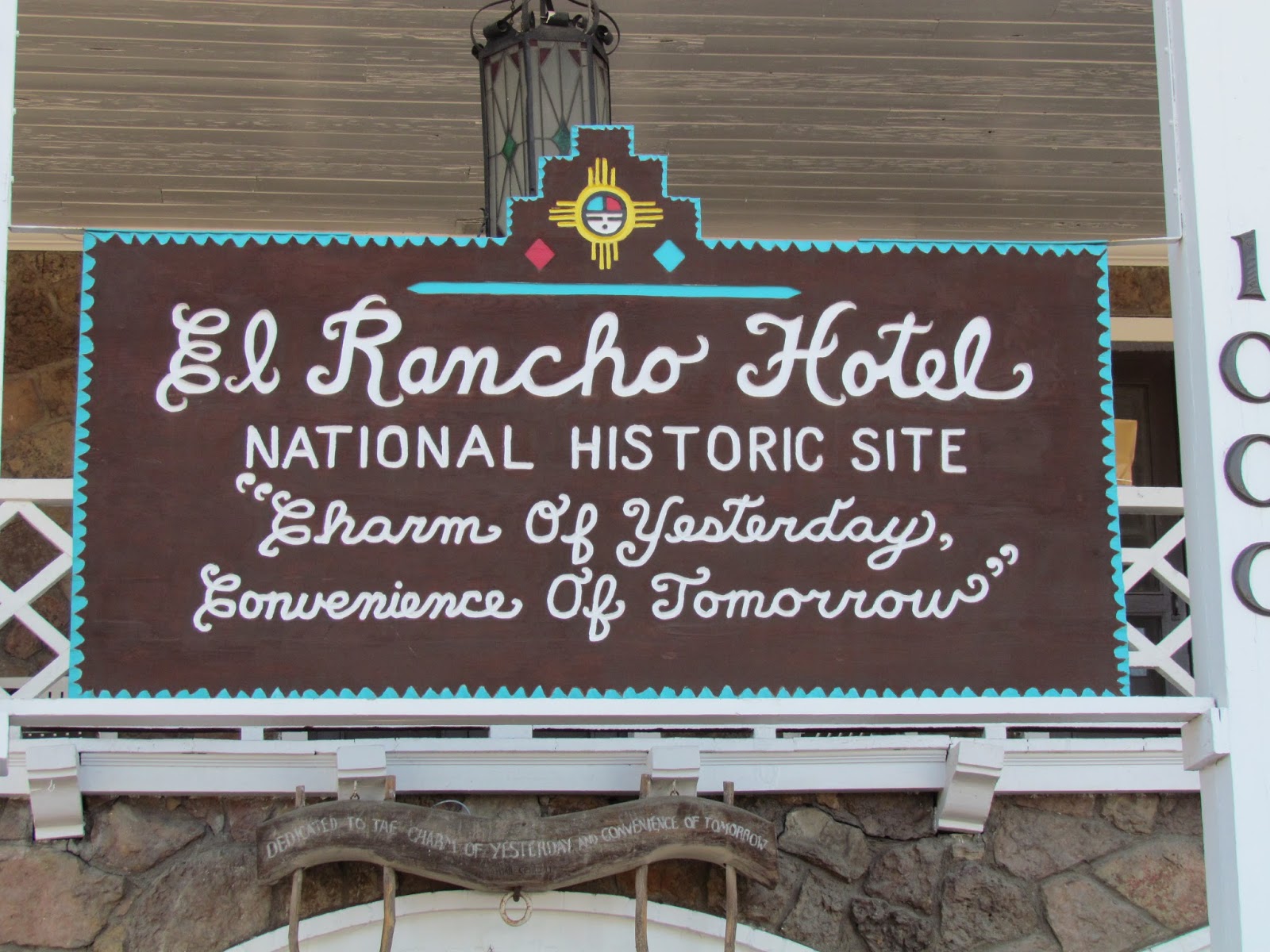 Posted by Jackie McGuinness at 4:00 PM