On Terry's patio, a restaurant in the Cypress Inn.


Dubbed one of the most dog-friendly hotels in the world thanks to its co-owner, Hollywood star Doris Day


Charlie Chaplin mural by Mr. Brainwash – a French-born street artist linked to Banksy.Mr. Brainwash (often written MBW) is a name used by French-born, Los Angeles-based street artist Thierry Guetta. According to the 2010 Banksy-directed film Exit Through the Gift Shop you've got to love the title), Guetta was a proprietor of a used clothing store, where he began as a security guard, and amateur videographer who was first introduced to street art by his cousin, the street artist Invader, and who filmed street artists through the 2000s and "evolved" into an artist in his own right in a matter of weeks after an off-hand suggestion from Banksy. 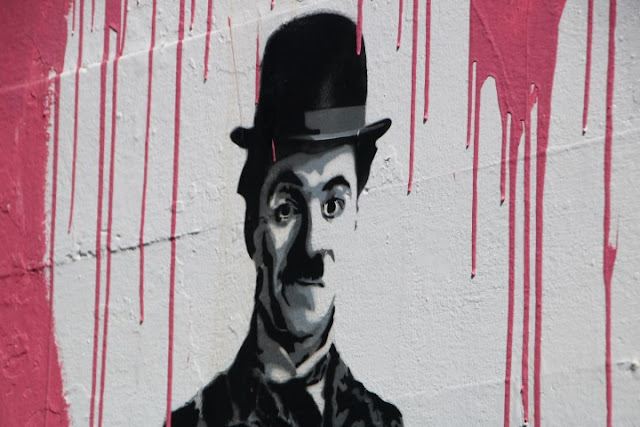 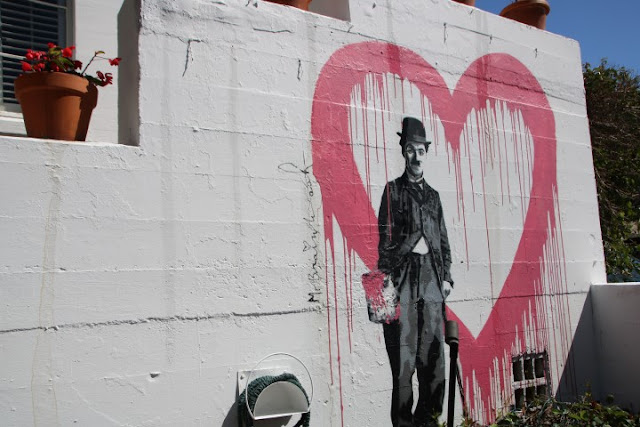 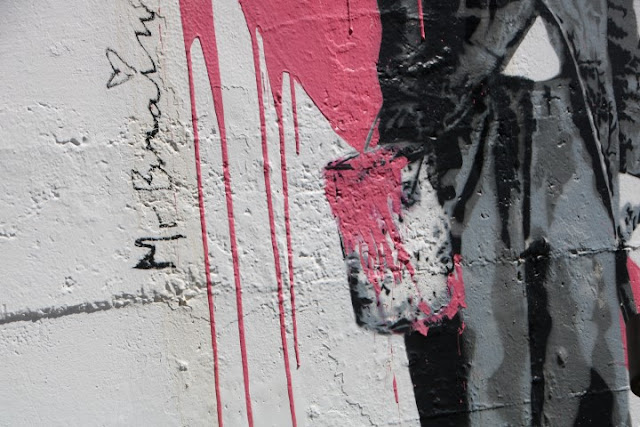 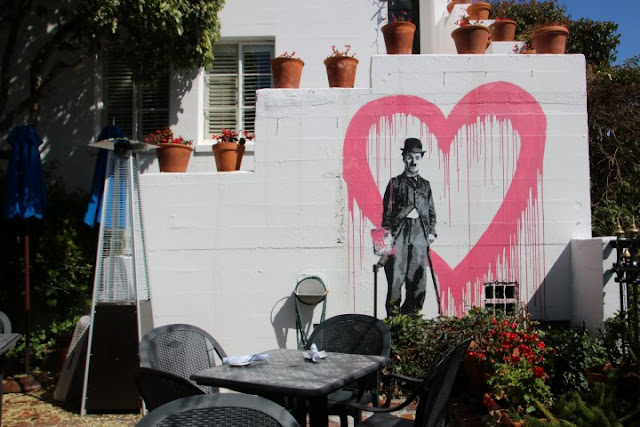 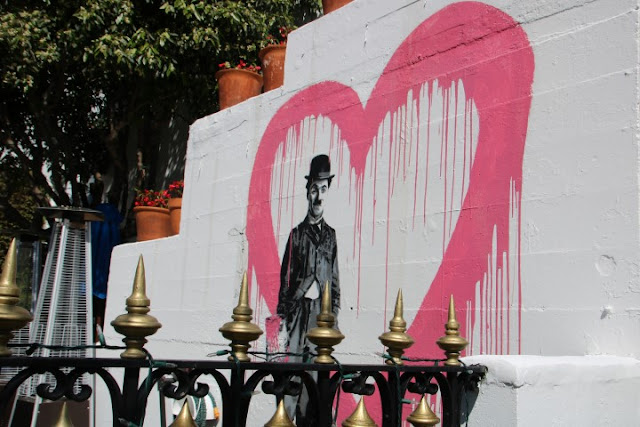 Posted by Jackie McGuinness at 11:38 AM