The Merlin Entertainments London Eye (commonly the London Eye, or Millennium Wheel, formerly the British Airways London Eye) is a giant 135-metre (443 ft) tall Ferris wheel situated on the banks of the River Thames in Central London, England. I have never bothered paying to ride this. The lines are too long and wheel turns excruciatingly slowly. I just don't have any patience for wasting time!!

It is the tallest Ferris wheel in Europe, and the most popular paid tourist attraction in the United Kingdom, visited by over 3.5 million people annually.

The London Eye is located at the western end of Jubilee Gardens, on the South Bank of the River Thames in the London Borough of Lambeth in England, between Westminster Bridge and Hungerford Bridge.

These photos were taken on our first day in London, May 22, 2010. It was Saturday and the weather couldn't have been more perfect. Hordes of tourists were out, but then London is always full of tourists no matter what the weather.

The pictures below were taken with both the Canon EOS DSLR and the Canon Powershot (which has an amazing zoom).

DH just commented that his shot (the last one) is the winning shot taken with Powershot and said "who needs an $800 camera??". 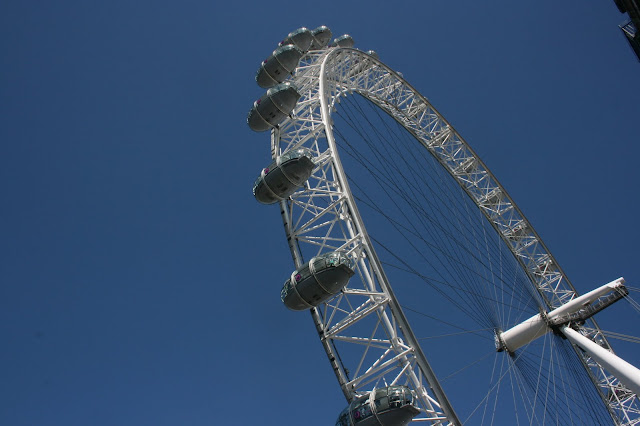 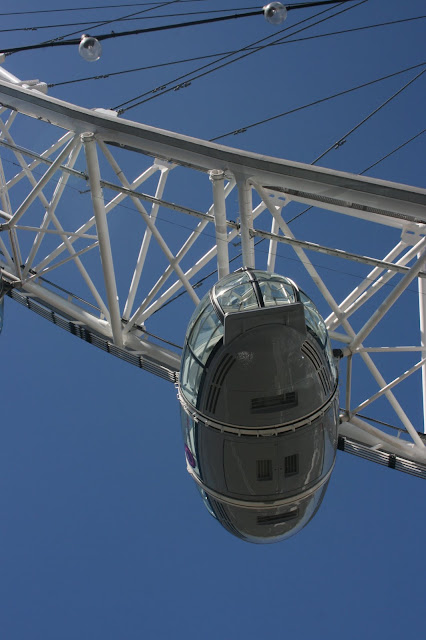 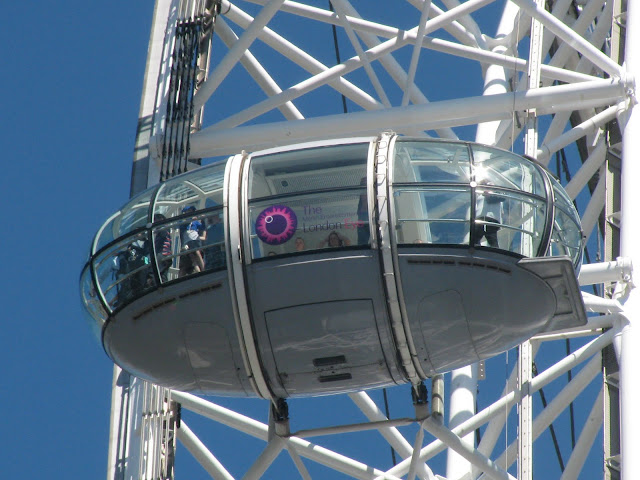 Posted by Jackie McGuinness at 10:19 AM