I'll be very honest, I've known the song Whiskey in the Jar forever. it is extremely popular in Irish pubs around the world. I am used to various versions by The Dubliners and other traditional performers.

Until I saw this statue in Dublin I had absolutely no idea that the song was written by Phil Lynott during his Thin Lizzy days.

Philip Parris "Phil" Lynott; 20 August 1949 – 4 January 1986) was an Irish musician, singer and songwriter. His most commercially successful group was Thin Lizzy, of which he was a founding member, the principal songwriter, lead vocalist and bassist. He later also found success as a solo artist. 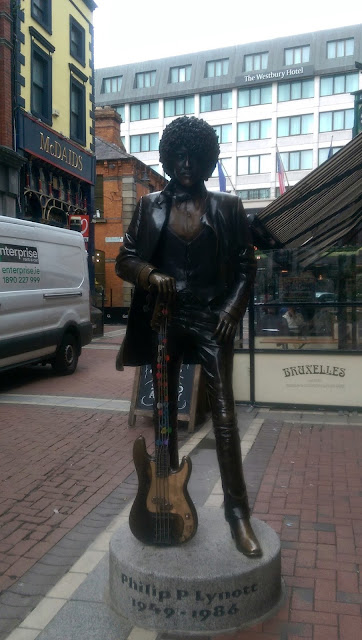 This song I can associate with Phil. The Boys Are Back in Town.

Talking about the boys being back in town, we found these buskers on Grafton St.later in the day. We honestly thought it was a statue at first! 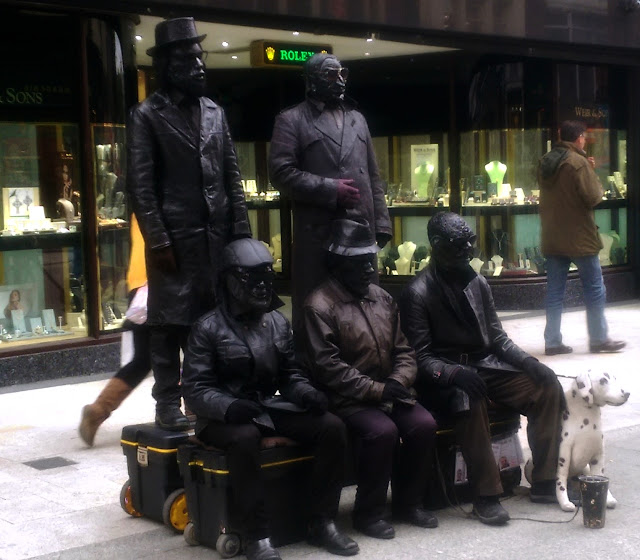 Posted by Jackie McGuinness at 4:09 PM