Even though I had been to London many times I was unaware of this area until I read (and loved) the book Brick Lane.

Last year we visited the area twice, once for dinner with a Toronto colleague who just happened to fly into London that day. The second time was a more leisurely visit for several hours on a beautiful Sunday. 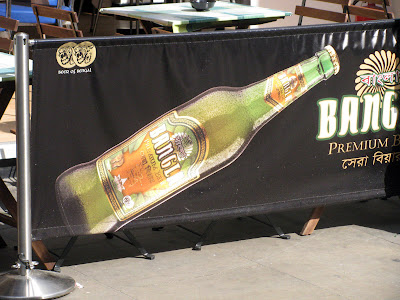 Brick Lane in the East End of London. It runs from Swanfield Street in the northern part of Bethnal Green, crosses Bethnal Green Road, passes through Spitalfields and is linked to Whitechapel High Street to the south by the short stretch of Osborn Street. Today, it is the heart of the city's Bangladeshi community and is known to some as Banglatown. It is famous for its many curry houses.

Brewing came to Brick Lane before 1680, with water drawn from deep wells. One brewer was Joseph Truman, first recorded in 1683. His family, particularly Benjamin Truman, went on to establish the sizable Black Eagle Brewery on Brick Lane. 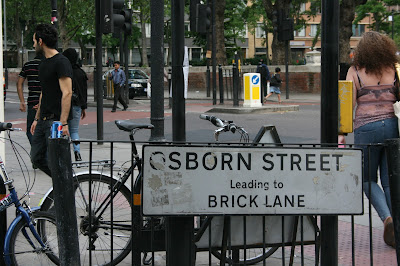 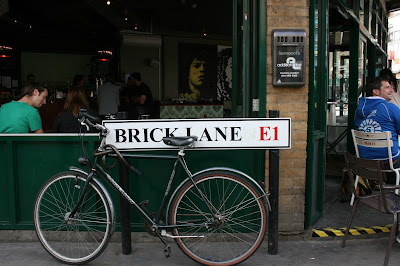 Posted by Jackie McGuinness at 1:06 AM