In Quebec I grew up with St. Hubert chicken. It is a chain of Canadian casual dining restaurants.
The first restaurant opened in September 1951 on Saint Hubert Street in Montreal, just south of Beaubien street. 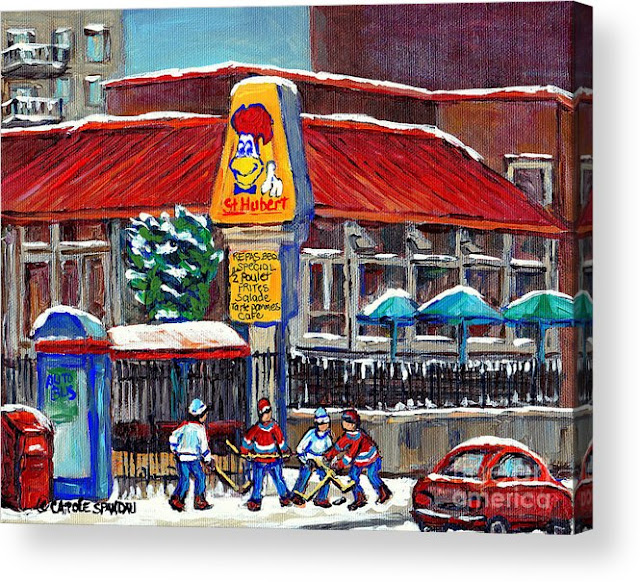 It is a rotisserie chicken with fries, a bun and a dipping sauce, which is the main reason for its popularity. They serve other items but that is neither here nor there!
When we moved to Toronto St. Hubert was hard to find and now it is almost impossible.

We switched to Swiss Chalet. Swiss Chalet is a Canadian chain of casual dining restaurants founded in 1954 in Toronto, Ontario. The first Swiss Chalet (originally Chalet BBQ) restaurant, at 234 Bloor Street West in Toronto, operated for 52 years.
I walked passed this for years until it closed in 2006 and then demolished for a condo development in 2009. 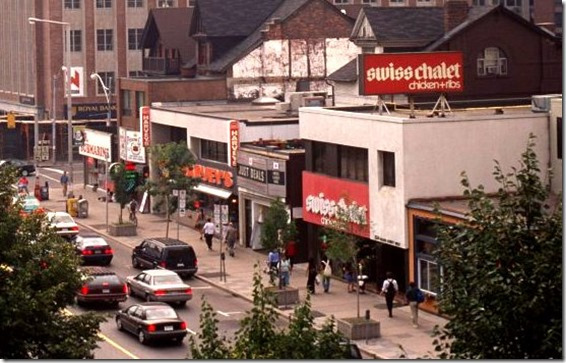 They started out focusing only on charcoal spit-roasted chicken. The founder, Maurice Mauran, was apparently inspired by a Swiss method of roasting chicken over charcoal on a turning spit. 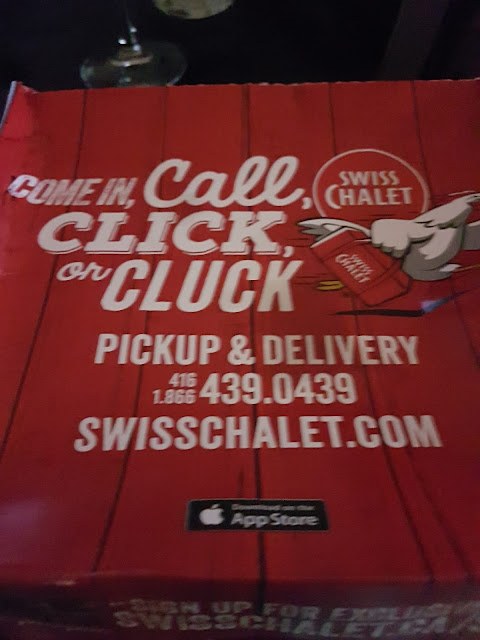 The building featured exposed-beam ceilings in the Swiss chalet style.

Both companies sell their gravies as powdered mixes in Canadian retail supermarkets. The difference for us is that Swiss Chalet is gluten free.
It is an

I used the sauce to make hot chicken sandwiches, leftover homemade roast chicken on a slice of bread with the sauce poured over. Yes, I served it with green peas! 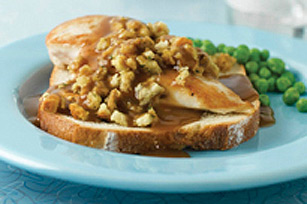 According to Wikipedia:
The hot chicken sandwich or simply "hot chicken" (Quebec French: sandwich chaud au poulet) is a type of chicken sandwich consisting of chicken, sliced bread, and gravy. The sandwich is usually served with green peas and commonly found in Eastern Canadian cuisine. It's especially popular in Quebec and is often considered one of the province's staple dishes. Since it is so commonly found in eateries of Quebec (Rôtisserie St-Hubert, Valentine, e.g.) and less seen outside the province, many Québécois regard it as a part of Quebec cuisine and believe it to have originated in the province.

My changes are in RED.