Construction of the Temple Expiatori de la Sagrada Família began in 1882, more than a century ago. The temple is still under construction, with completion expected in 2026. It is perhaps the best known structure of Catalan Modernisme, drawing over three million visitors annually. Architect Antoni Gaudi worked on the project until his death in 1926, in full anticipation he would not live to see it finished. 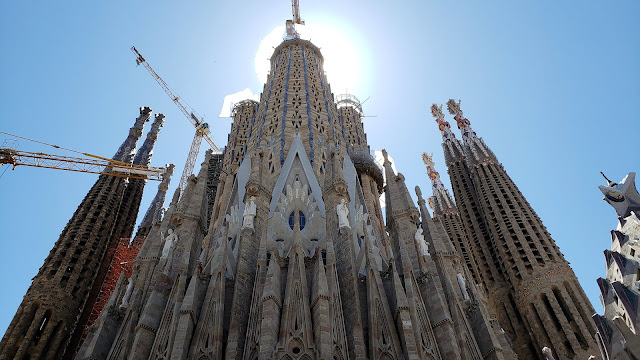 Posted by Jackie McGuinness at 8:20 AM