Please note that we are travelling this month so I will not always have access to reply to your comments.

We had walked down this street many times before we noticed this interesting building. In fact it was on the same street as our hotel so we often went that way.

It was a dark and gloomy day so it didn't photograph that well.

Upon returning home I looked it up and lo and behold it was a Gaudi creation. 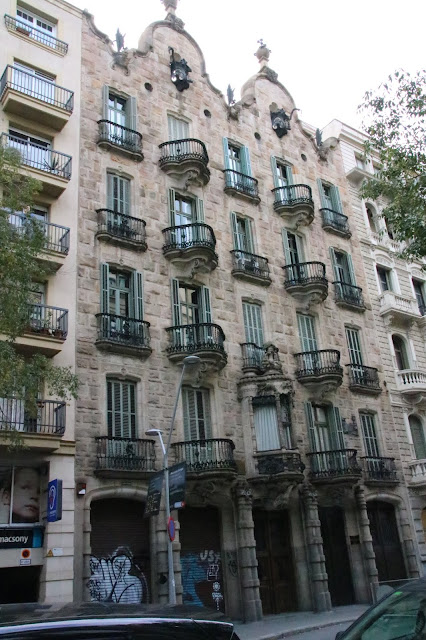 At the end of the 19th century, the right-hand side of the Eixample district was turning into a flourishing neighbourhood inhabited to a great extent by prosperous textile manufacturers. One of them, Pere Màrtir Calvet, commissioned Antoni Gaudí to build a traditional rental apartment building where he could install his business in the basement and on the ground floor, and use the principal or main floor as his family residence. 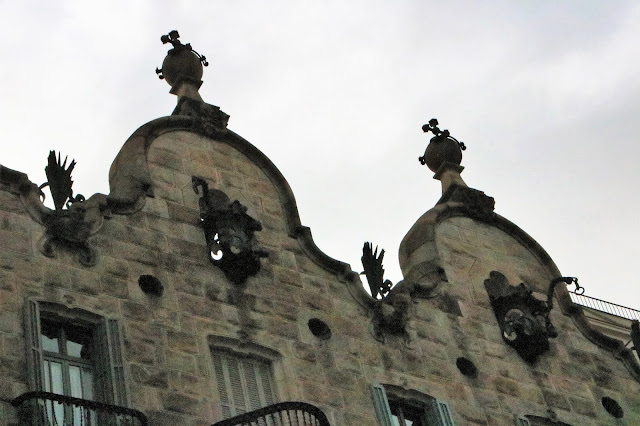 Although it may appear to be one of Gaudí’s most conservative and least daring projects, many ornamental details and the layout of spaces, like the lightwell, bear the seal of the great architect. Indeed, in 1900 the building was awarded the prize for the Best Artistic Building of the Year by Barcelona City Council. 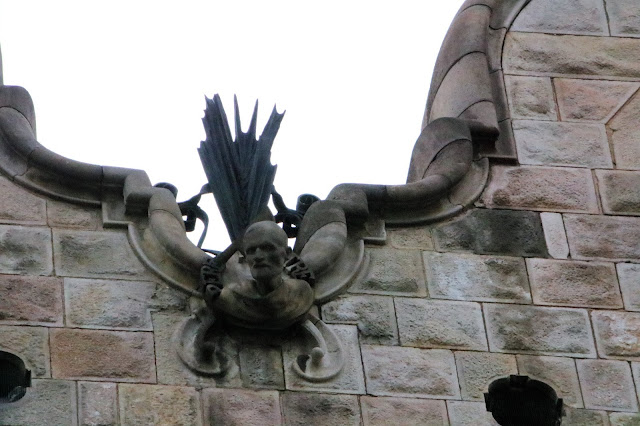