In 1980 the world's first bronze Elvis statue was unveiled on Beale Street, where the future King of Rock and Roll crafted his early musical style. But the statue, by Eric Parks, proved too delicate for the elements and souvenir-crazed fans, who stripped its guitar strings and tore the tassels from Elvis's suit. It was taken down in 1994 and moved indoors to the downtown Memphis Tennessee Welcome Center. 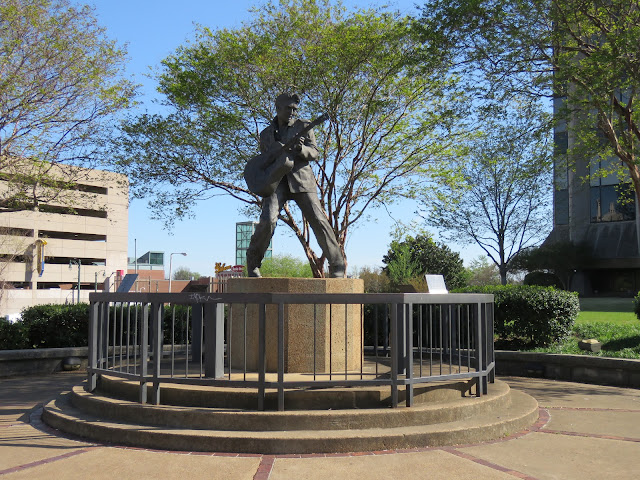 That left Elvis Presley Plaza with a big, empty spot. It was finally filled in 1997 with the arrival of a new, completely different bronze Elvis statue by sculptor Andrea Lugar. This Elvis, unlike the original, shows him as he would have looked on Beale Street circa 1955 (pre-tassels), wearing a stage outfit he might have bought at Lansky Bros. down the block. 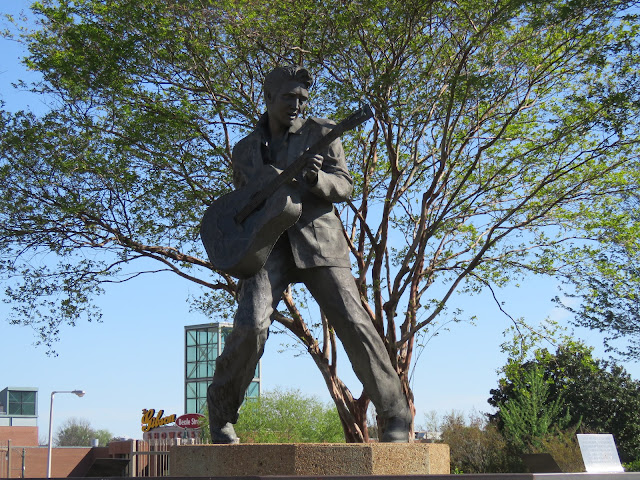 Although designed to be more sturdy than the previous statue, it's also kept at a distance from the public behind an encircling fence. 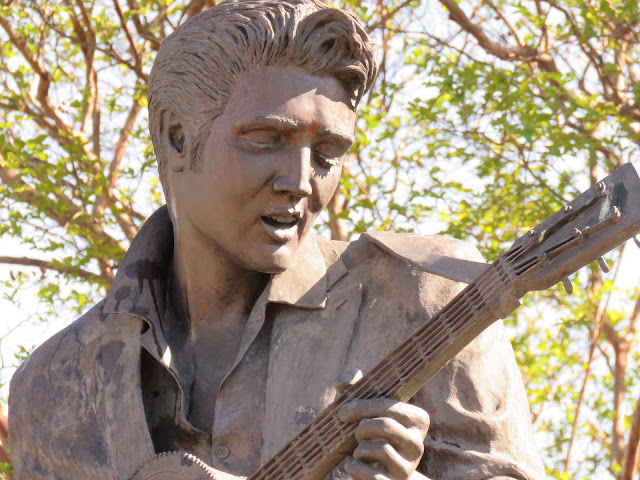 And, in keeping with the song, here's a menu from a Memphis restaurant. 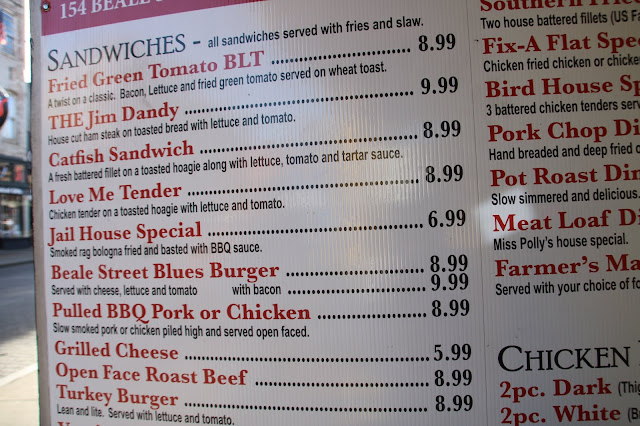