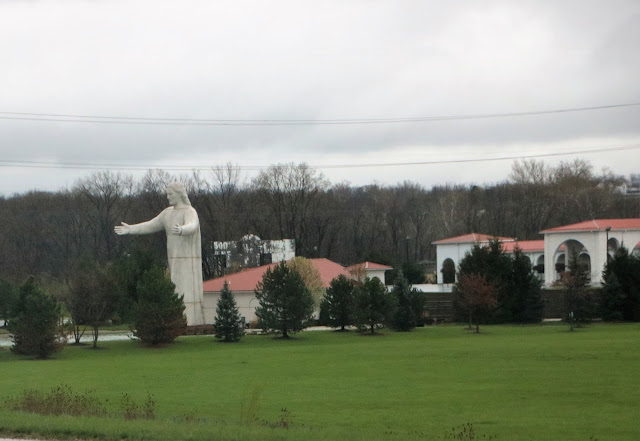 According to Roadside America:

Giant Hug Me Jesus 52-foot-tall Hug Me Jesus replaced Touchdown Jesus, which was destroyed by lightning and fire in 2010.

Locals refer to the statue as "Five Dollar Footlong Jesus," from the Subway commercials. 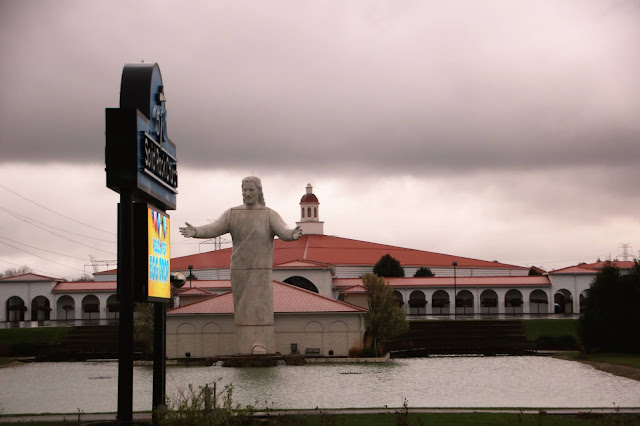 Officially named Lux Mundi (Latin for "Light of the World"), Hug Me Jesus was erected in September 2012 at the Solid Rock Church. He is 52 feet tall and replaces Touchdown Jesus, also officially named Light of the World, who briefly lit up southwestern Ohio when he burst into flames after being struck by lightning in June 2010. The new giant Jesus is roughly the same height as the old one, but is built of more skyfire-resistant material and topped with a lightning rod, an aesthetic compromise that unfortunately had been rejected with his predecessor. Hug Me Jesus stretches his arms toward Interstate 75 as if inviting a cuddle, and was created by local sculptor Tom Tsuchiya, who had previously designed the National Football League Madden Most Valuable Protectors Award. 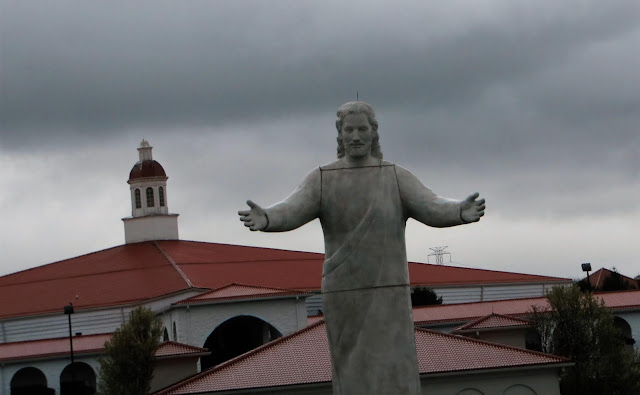 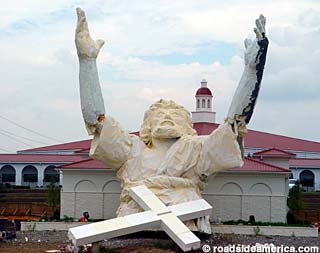