Click here for views of St. Peter's Basilica from outside.


We'll step inside this week and look at some details.

This ancient statue of St. Peter, portrayed as he gives a blessing and preaches, while holding the keys to the kingdom of heaven is famous throughout the world. Some scholars have attributed it to Arnolfo di Cambio (1245-1302), but others believe that it is a V century casting.
Behind it, there is what seems to be a fine brocade draping, however, it is actually a mosaic. 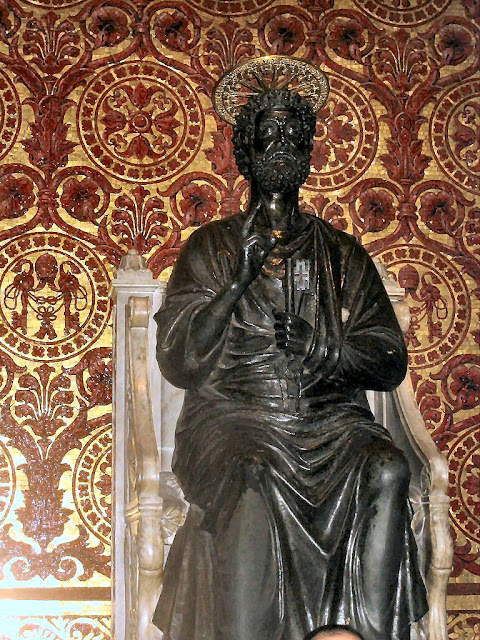 St. Peter's Baldachin is a large Baroque sculpted bronze canopy, technically called a ciborium or baldachin, over the high altar of St. Peter's Basilica. The baldachin is at the centre of the crossing and directly under the dome of the basilica. Designed by the Italian artist Gian Lorenzo Bernini, it was intended to mark, in a monumental way, the place of Saint Peter's tomb underneath. Under its canopy is the high altar of the basilica. Commissioned by Pope Urban VIII, the work began in 1623 and ended in 1634. The baldachin acts as a visual focus within the basilica; it itself is a very large structure and forms a visual mediation between the enormous scale of the building and the human scale of the people officiating at the religious ceremonies at the papal altar beneath its canopy. 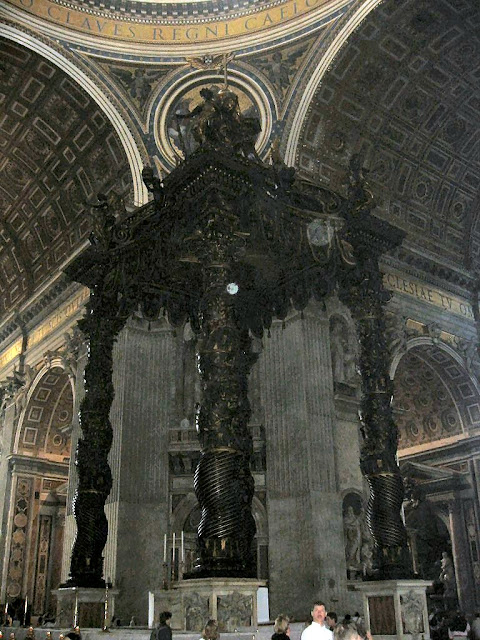 The spiral columns are called Solomonic columns. In the 4th century, the Christian emperor Constantine supposedly brought spiral columns back to Rome from Jerusalem, claiming they were part of Solomon’s temple. Those columns stood for a thousand years as part of Old St. Peters, and are seen today built into the supports of the church across from Bernini’s Baldacchino. Bernini took the twisting form of the Solomonic column and enlarged it as the base. It is amazing form in bronze, with intricate leafing and designs from bottom to top. 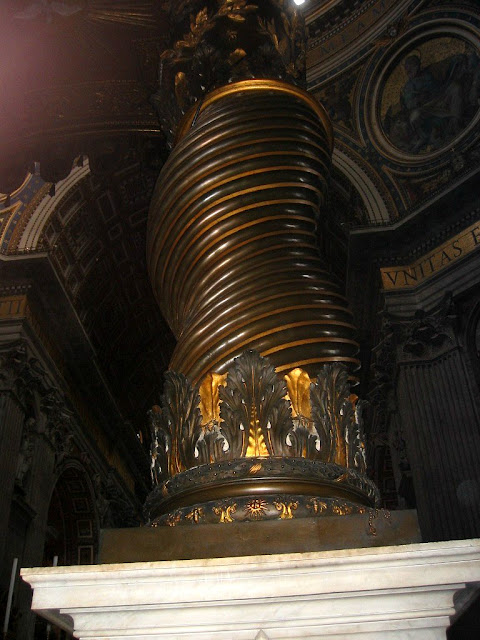 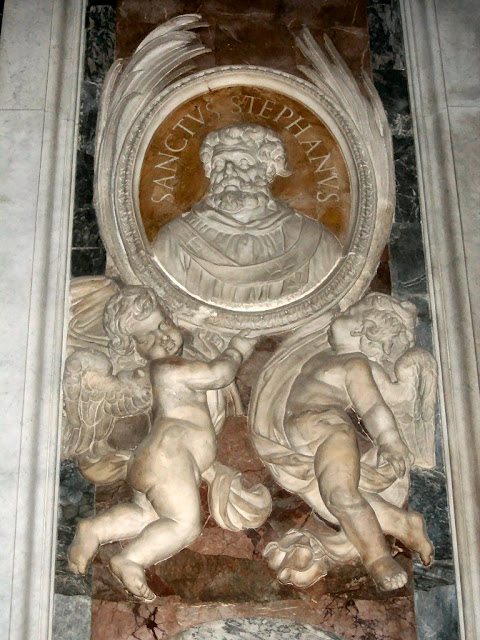 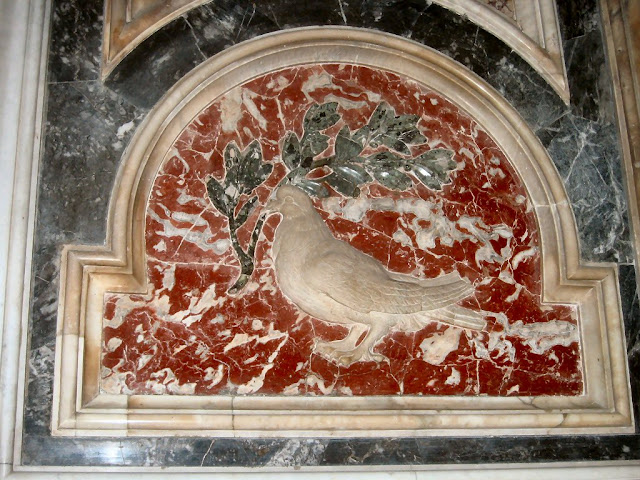