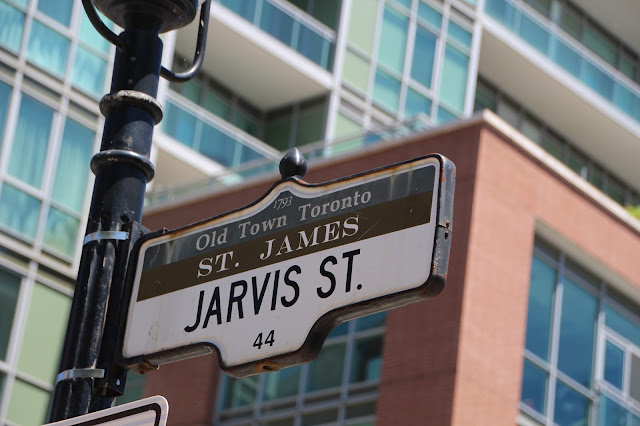 Starts with J - Since we've covered off some famous Toronto notables such as Bloor and Gardiner we'll continue with Jarvis.

The Jarvis' family were an unsavoury lot and I'm not sure why we would have named a street after them but times change.


Samuel Jarvis fought in the War of 1812, and was part of the city's pioneering political class when Toronto was incorporated. His father, William Jarvis, was a militiaman and member of early local governments in York, the town that eventually became Toronto.

Most historians argue the Jarvis' were unsavoury characters — "turkeys," "incompetent," "lazy," "selfish," and "dishonest" are just some of the adjectives that can be found in Toronto literature to describe the father and son.
Keeping to the facts, the Jarvis family were indeed slave-holders. TheJarvises owned at least six slaves, according to John Ross Robertson's 1894 book Landmarks of Toronto, even as the mood and law in Upper Canada was decidedly anti-slavery.


Samuel Jarvis, William's son, is also not fondly remembered. The younger Jarvis was notoriously hostile to First Nations in Toronto. At one point, he even spent time in jail for murder.

Both Jarvis men were caught stealing in their roles with Upper Canada's government, but Samuel was the first Jarvis to have to repay the money he stole.

When he was the Chief Superintendent of Indian Affairs for Upper Canada, Samuel was found guilty of embezzling some £4,000 from First Nations groups in the area.

After he was caught, the younger Jarvis was forced to sell his land to reimburse Toronto. His property, called Hazel Burn, was sold to the city to pay the debt, and a boulevard in that property is now known as Jarvis Street.

WEEK'S FAVOURITE - Not a lot of photos taken this week other than at the Ex, the CNE that I mentioned under the letter E.

There were many of these painted chairs but my favourite was this showing the Princes' Gates with the CN Tower in the background. Not a photo you can get today as there is now a condo in the way as you can see from the next photo. 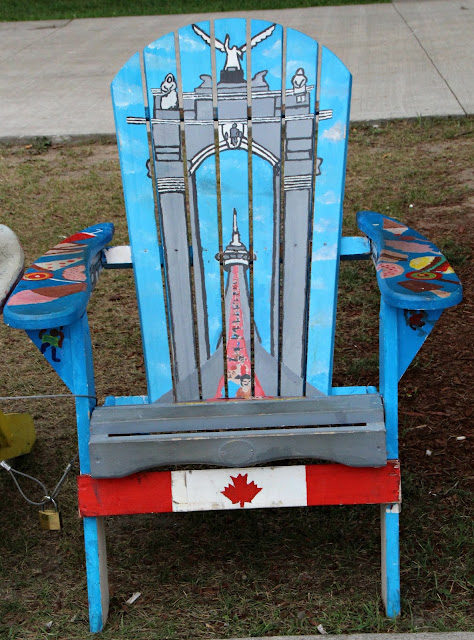 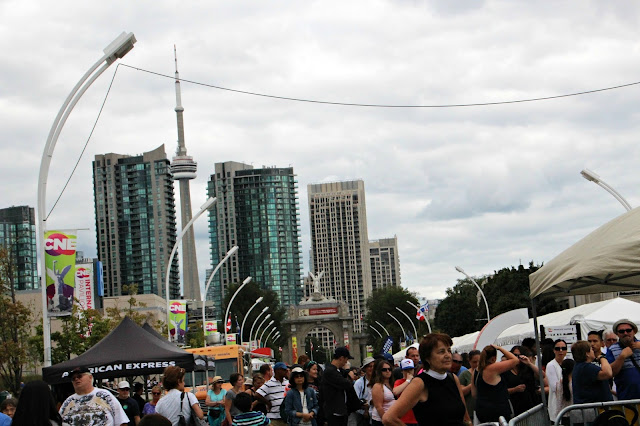 SURPRISE - when we were in Montreal last weekend we stopped (i know, gasp, surprise) to look at a church - check back on Sunday. Imagine our SURPRISE as we walked around one of the buildings and found a windmill on the shores of the St. Lawrence! 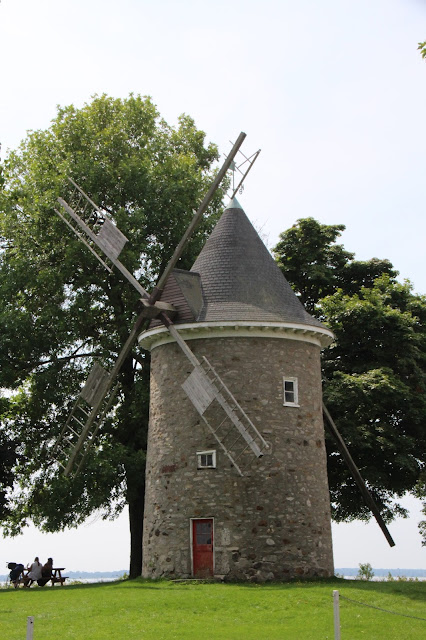 
A is for Adelaide St
B is for Bloor St
C is for Chechalk Lane
D is for Dundas St and Square
E is for Exhibition Place
F is for Front StG is for Gardiner Expressway
H is for High Park
I is for Islington
Posted by Jackie McGuinness at 9:01 AM