The first two will be the same, except we’ll work our way through the alphabet. The second can be a favorite image or activity from the week. The third will be different each time.


Starts with M - when we lived in the east end of the city we would always cut up a street on our way home. On that street was a sign for Memory Lane. 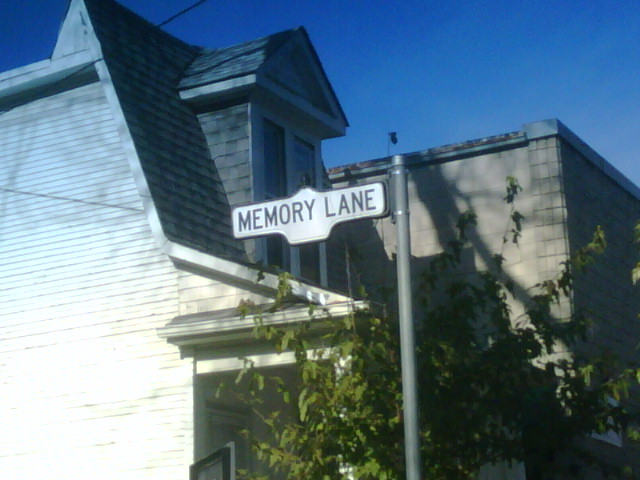 Alexander Muir was principal of the public school in Leslieville, an area of Toronto named for his friend, horticulturalist and postmaster George Leslie.

A mural, since replaced, for Leslieville and containing some of the words to the song. Just so happens that the butcher store is named Meat on Queen. 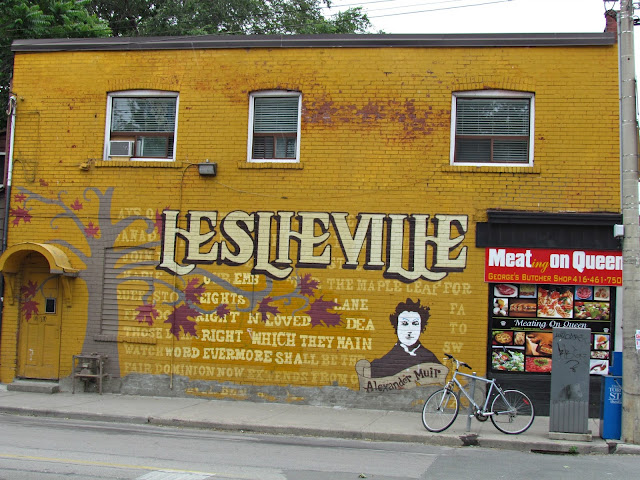 Muir was interested in submitting a poem to the patriotic poetry contest of the Caledonian Society of Montréal, but the deadline was looming and he had yet to produce anything. According to accounts by Muir’s widow and George Leslie, Muir and Leslie were walking near Leslie’s Gardens when a fallen maple leaf became lodged on Leslie's coat sleeve, despite his efforts to brush it off. "There Muir, There's your text!” Leslie is said to have exclaimed. “The maple leaf is the emblem of Canada! Build your poem on that.” Muir wrote the poem and dispatched it to Montréal a few hours later (it won second prize). Muir's search for a suitable tune in local music stores proved futile, so he wrote his own.

A silver maple tree at the corner of Laing Street and Memory Lane in Toronto’s Leslieville neighbourhood was long ascribed as the one from which the inspirational leaf fell onto George Leslie’s arm. In 1930, the Grand Orange Lodge of British America erected a plaque in front of the tree to commemorate the role it played in Muir’s composition. In 1958, the Lodge replaced the plaque with a newer version in honour of Muir, “who was inspired to write Canada’s national song ‘The Maple Leaf Forever’ by the falling leaves of this sturdy maple tree.”

On 19 July 2013, the tree was felled by a severe storm. Forty-eight logs, some rotted, were salvaged from the remains. On 8 March 2014, the logs were milled into smaller pieces in a ceremony at Toronto’s Evergreen Brick Works overseen by the Ontario Heritage Trust and accompanied by the Regimental band of the Queen’s Own Rifles of Canada, in which Muir served in the Battle of Ridgeway in 1866. The City of Toronto’s economic development and culture department announced plans for the wood to be used  in some 150 projects, including: sets of nesting bowls for the Royal Ontario Museum and the Ontario Heritage Trust; a flag stand in the House of Commons; a lap desk for the Speaker of the House of Commons; book stands and lecterns for the Library of Parliament; and pens for soldiers serving overseas.

On 7 June 2014, a sapling from a seed of the tree was planted in Toronto’s Todmorden Hills Heritage Site, the location of Upper Canada’s first paper mill. Other plans for the wood were also unveiled: the building of a bench in honour of former NDP leader Jack Layton, to be placed in the House of Commons; the creation of “a tower of Toronto history,” carved from the trunk of the tree by the Ontario Woodcarvers Association in public view at the Ontario Science Centre; and the making of a guitar to be used for a year by the band Blue Rodeo, then passed to a different Canadian band or musician every year thereafter.

Week's Favourite - didn't take a lot of photos this week. I'll go with this morning glory I took as I went for a mani-pedi on Wednesday.
Click here for more photos of our week. 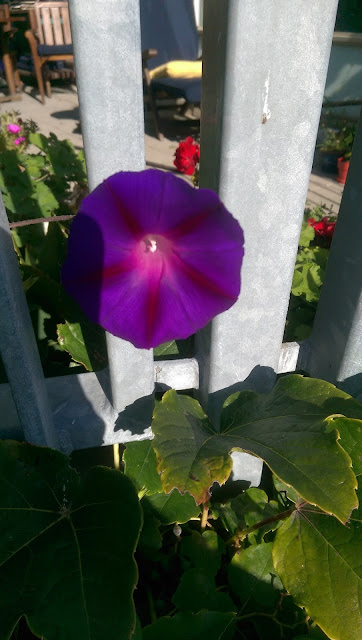 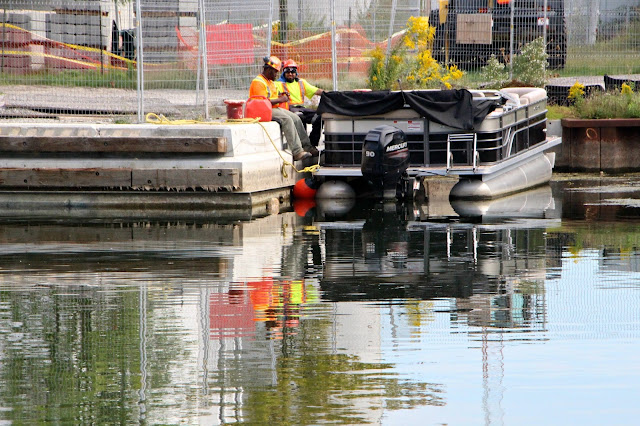 Posted by Jackie McGuinness at 3:46 PM