Taken from our hotel room, our hotel, originally the site of the National Clothing Company, a major retailer in Rochester’s downtown area, Main and Stone streets. 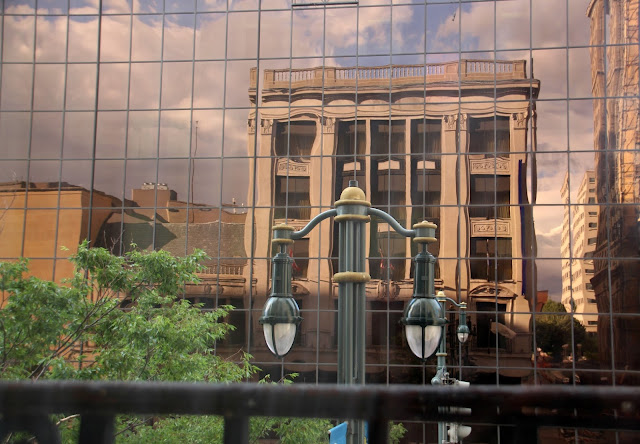 Same building, the next day, taken from the street. 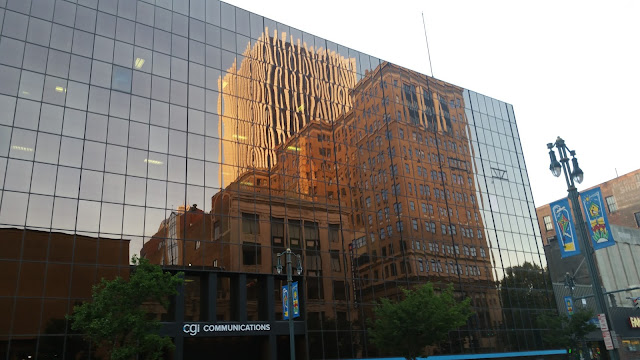 This shot was from the hotel again and I didn't realize I had captured Mercury atop the Aqueduct building. 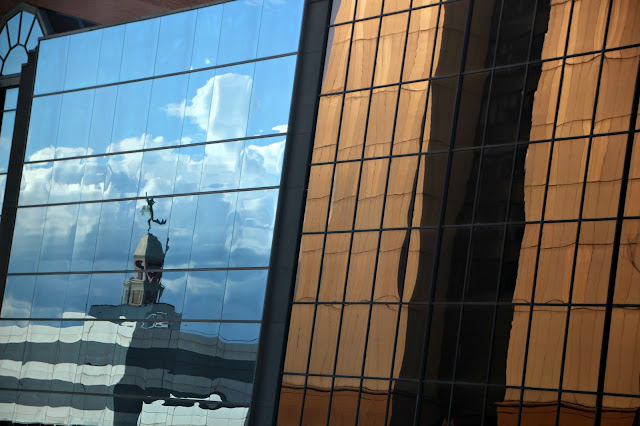 National Clothing was a downtown stalwart for much of the 20th century, first at 115 E. Main St. and then at its longtime home at 159 E. Main. Oodles of businessmen and women and children expanded their wardrobes there, as well as at least one world-class financier.

Abraham Horwitz, a former New York City clothing manufacturer, founded the National in 1899. The company was family-run for most of its existence and known as a place for quality but affordable clothing.

National moved in 1925 to a new building constructed at the corner of Main and Stone streets, on the site of the old Eggleston Hotel. That ushered in what company officials called “the modern National,” with expanded offerings that included men’s shoes, women’s hosiery and more. Subsequent additions resulted in National’s becoming a full-scale family clothing store. 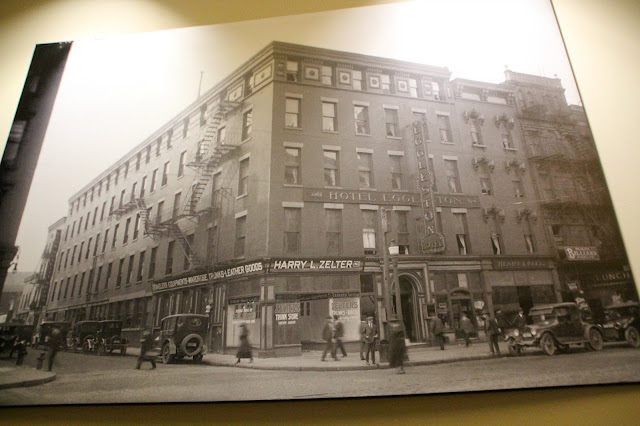 A 1938 expansion, for instance, added 60 percent more space to the store. A Democrat and Chronicle story from that year called the five-story National “one of (Rochester’s) most imposing structures in the downtown retail area.” Full-page ads from the era touted a “store of beauty, vitality, atmosphere, convenience…and values.” At one point, four of the five floors were used for retailing.

During the company’s golden anniversary in 1949, an advertisement noted that patrons ranged from “the humblest citizen to visiting celebrities like the fabulous J. Pierpont Morgan.” The ad also mentioned how the National had outlasted at least 47 other similar stores that came and went during that time frame.

Posted by Jackie McGuinness at 9:35 AM