There are three large colonnade-like structures which serve as an entrance to the Toronto Public Labyrinth. The labyrinth is an ancient symbol dating back more than three thousand years. It is a universal symbol of pilgrimage and of our journey through life.
A single walker. 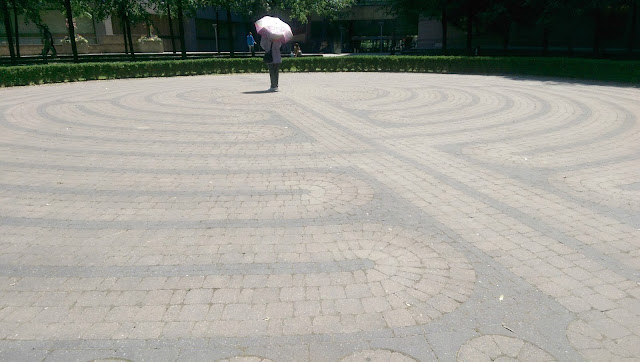 A labyrinth has only one path and, unlike a maze, it has no dead ends. The labyrinth pattern at Trinity Square is based on the eleven-circuit labyrinth constructed at the Chartres Cathedral in France, completed in the 13th century. As many labyrinths are found near the water, this labyrinth is located on the former course of Taddle Creek, a stream that has been buried for more than one hundred and fifty years. The granite blocks that have been set into the paving at the entrance to the labyrinth and the nearby water feature in the square serve as reminders of this buried creek. The labyrinth is oriented in the direction of true north, as indicated by the directional lines created with the granite blocks. 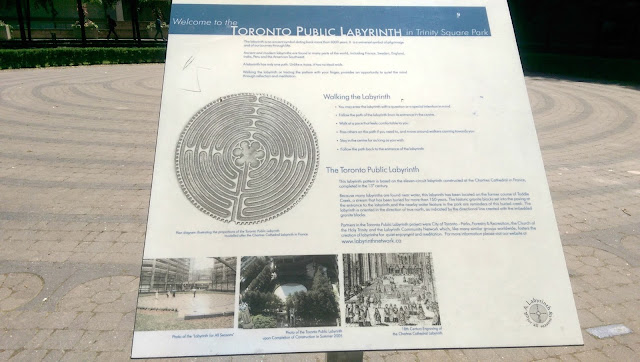 Posted by Jackie McGuinness at 4:13 PM