This mural was done in 2014 by Elicser and Other [Troy Lovegates] by city commission. 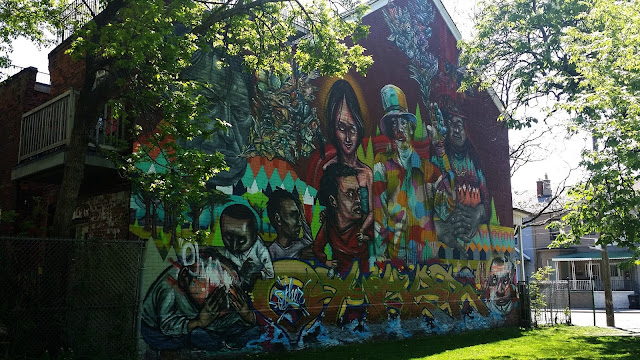 There is a group of 3 Mexican muralists who dominated mural story telling in the past 100 years. I have seen works by the three in Mexico: Jose Orozco, David Alfaro Siqueiros and by Diego Rivera.

One can find similar strong story-telling elements in the Alexandra Park mural. 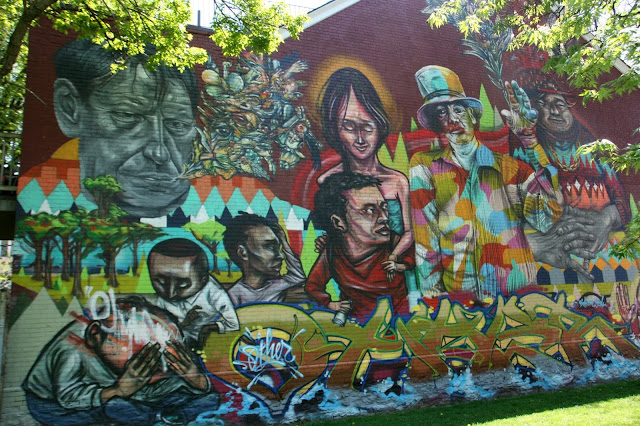 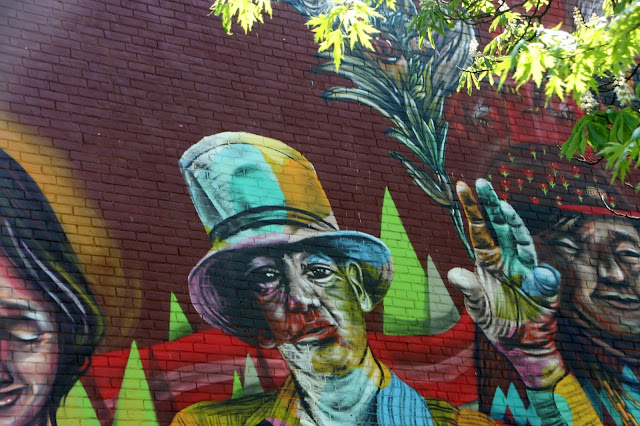 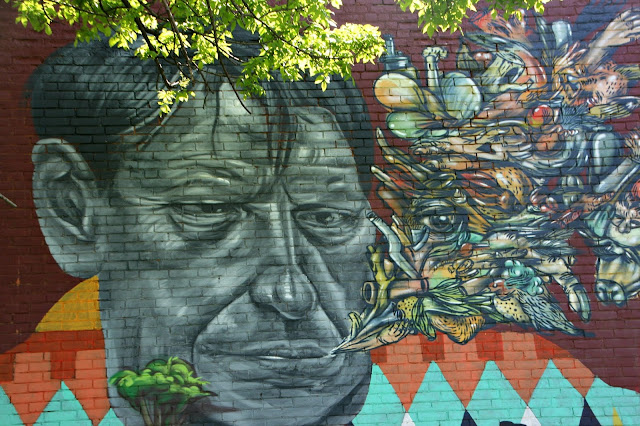 Posted by Jackie McGuinness at 10:12 AM