The Ha’penny Bridge is the best known of Dublin’s bridges. It was built in 1816 and was the first iron bridge in Ireland. It is a single span structure with cast iron railings and decorative lamps. It was originally named the Liffey Bridge but is now called the Ha’penny because until 1919 it cost a half-penny to cross. 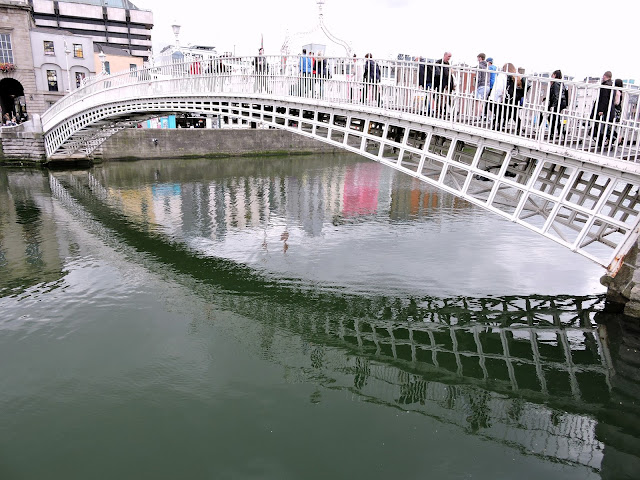 Posted by Jackie McGuinness at 9:07 AM