Another mural from the Calgary Stampede grounds. 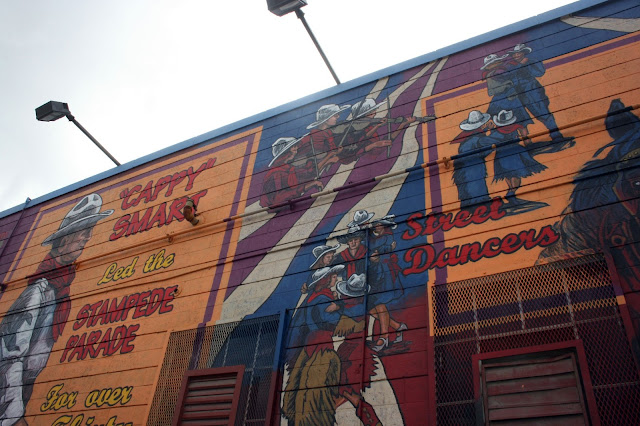 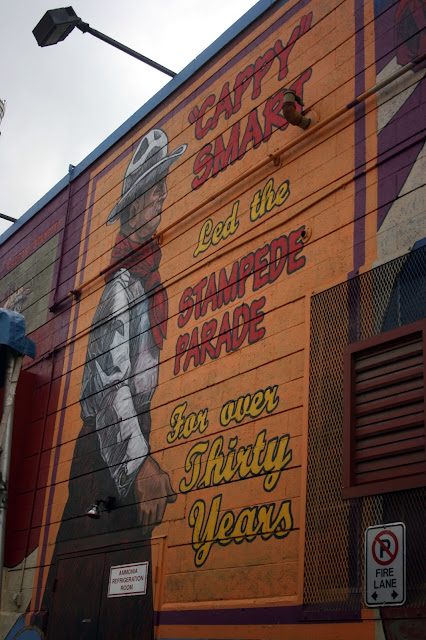 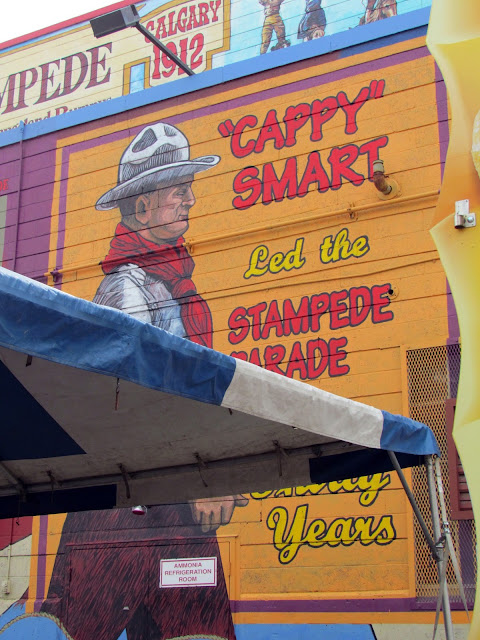 Born in Arbroath, Scotland and educated in Dundee, James "Cappy" Smart emigrated from the tartaned land in 1881 at the age of 16, initially toiling as a mortician's apprentice in Winnipeg.
He arrived in Calgary two years later on Oct. 19, 1883, accompanied by his uncle Thomas Swan, and found a job in a sawmill owned by former Northwest Mounted Policeman Major James Walker (who later became Col. James Walker).
"When we got off the train east of the Elbow River, it was a raw, cold day and as far as we could see, Calgary was nothing but a village of tents," Cappy would later recall.
Tents and shacks were scattered along the hills and flatlands near the train station east of the Elbow River. Local businesses included the I.G. Baker Company (general store and freighters), The Hudson's Bay Co., a saddlery merchant, various grocers and confectioneries, the Calgary Hotel and a large saloon.
Cappy Smart first appeared on the volunteer rolls of the original bucket brigade in August 1885 as a ladderman, rising to the rank of hose captain by 1891. Prior to becoming a full-time firefighter, Cappy worked at many jobs, including lumber jacking, surveying and prospecting. He also operated Calgary's first undertaking and embalming service, selling the business in 1891.
Three Smart brothers served with the Calgary Fire Department: James "Cappy" Smart, John (a chemical wagon driver) and Julian (horse wagon driver) — but Cappy was the standout and became Chief on March 21, 1898.
The blunt-spoken Scot was a formidable leader and provided colourful inspiration to both his men and his adopted community.
Cappy was the man to contact if an event needed to be organized; seldom did anything happen in Calgary without his involvement or that of the fire department.
Cappy was the parade marshal for the Calgary Stampede for a record 35 years and also presided as the starter of the annual Calgary Herald Road Race. He was elected to executive positions in several professional organizations and was a driving force in the founding of the Dominion Fire Chiefs Association, later called the Canadian Association of Fire Chiefs.
Data source
Posted by Jackie McGuinness at 7:00 PM