I don't blog about work and my current job. I feel the same as my friend Katherine does about it.

However, my husband is retiring this week and I was thinking how the office has changed over the years.
As well, several good friends have been "let" go by my company recently so there's been a lot of reminising going on. 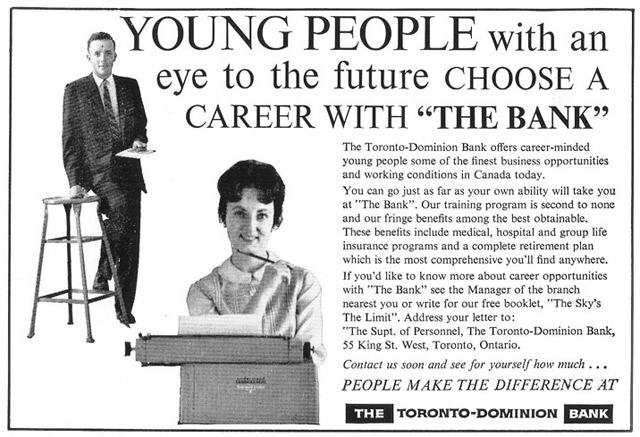 It hardly bears thinking about, but just imagine having to live without all the technology that we take for granted.  While on our way to work we used to read the newspaper (delivered by a paper boy) now we open our E-Readers and choose from a myriad of books that suit us at the moment. Or we might listen to our iPod instead. Or you could catch up on your email messages using your Blackberry. We panic when we get to work and discover that we've left our mobile phones at home. We're enraged when our computers crash and we can't order our weekly shopping over the web or do our banking while in the office. Or today perhaps you opted to work from home instead and were completely connected.
Once upon a time there was a strange world without computers, mobiles and the internet. Instead of bluetooth keyboards there were typewriters. The only way to get money from your bank was to stand in a queue and write a cheque.

There was a time we were promised that all this technology would allow us more free time for families, travel and hobbies. Instead we are tied more effectively to the office. We check emails on vacation, in the evenings and on weekends. We go to the kids' activitities or out with friends and everyone is busy pursuing their handheld devices.


Smoking was allowed everywhere. Then came the smoking/non-smoking segregated work spaces, then the smoking area and finally the total ban on smoking.

A ratio of 1 to 50 women worked as managers or in important positions. Also they were paid lower rates compared to males doing similar jobs at the time. 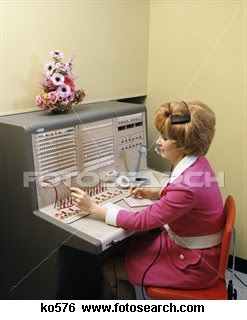 Some of the jobs that have disappeared from job postings and Monster.com are:
Switchboard operators.

Clerical assistants to answer phones and take messages
Typing pools and proof readers to check the typing to ensure there were no errors, spelling or grammar. There were no word processors or spell checks.
Filing clerks.
Mailrooms where you could put your personal mail and it would be stamped and sent out for you. A perk of the job. The mailroom dropped off and picked up the mail from your IN and OUT baskets.

Page girls.A friend, who worked for a "rival" bank started out as one at their Head Office.Had a royal blue tunic/white starched blouse (tunic had to be at the knee...no make-up allowed). Her job was to "deliver" messages between Departments (and used the "tube" to send messages to other floors) for sending messages and all the other crappy jobs no other person wanted to do...
There was a library for doing research. The library staff reviewed newspapers daily for relevant articles, cut them out and created a "clipsheet" which was then circulated to the managers. It would take so long to circulate using s typed distribution list attached to it that it could take a month for you to get "today's" news. Ditto for magazines.

Many other things have changed or disappeared as well.


Head Office was 129 St. James St W, Montreal. It's now in Toronto and the premises in Montreal contain the BMO Museum and is now located at 129 Rue St. Jacques Ouest.

Cash - you no longer take you pay cheque to a branch to deposit in your account on the 15th and 30th of each month.
You use your debit/credit card for most purchases.
You don't pay your telephone bill by putting the stub with a cheque into an envelope, stamping it and then mailing it.


Your boss was called "Mr."
You had to ask your manager if you could apply for a loan. He had the power to say no. Shortly after that you went to the Personnel (now HR) department if you wanted a loan. This meant everyone knew your business.

If you worked in a branch you may even have had a gun as my husband did.

Training sessions were often 3 day offsite held at luxurious resorts in the Laurentians. These were very decadent affairs (and they did happen) with bathtubs full of beer and not much sleep.

Office parties abounded with the company picking up the bills for large celebrations of milestones. One I remember in particular was to celebrate MECH R22.0. No one made it into the office the next day and our department manager even wrote a poem about it. If I can find it I will add it here.

You used a pen and paper to write a report which was then typed with carbon paper by a secretary, either your own if you were lucky enough to have one or else you sent it to the typing pool. The typing pool was always managed by an ogre whom you addressed as "Mrs".

Doing financial reporting was so labour intensive. We didn't have computers (not even main-frame at this time). You received a photocopied work sheet to enter your numbers, adding machine to balance (this is before calculators became mainstream). If you made a mistake you had to use a correction fluid.
One of the first forms of correction fluid was invented in 1951 by the secretary Bette Nesmith Graham, founder of Liquid Paper. We used a brand called Snopake.
Then all these spreadsheets (real paper) were copied and mailed to a central department who would then consolidate all the various departments' inputs.

Telephone usage was audited monthly and someone collected for any personal long distance calls.

The first ABMs (then known as ATMs) appeared around the mid 80s.


As far back as the mid 90s I remember we had "e-mail" within the company. It was a host based system called PROFS by IBM. OfficeVision/VM was originally named PROFS (for PRofessional OFfice System). Even then you had to power to recall an email as long as the recipient hadn't opened it.
Before that we used triplicate inter-office memos to hadwrite a request to someone and they would respond on the bottom half form and then you could file one of the copies in your filing cabinet in a real folder.

There was the The Year 2000 problem (also known as the Y2K problem, the millennium bug, the Y2K bug, or simply Y2K). I spent many a day managing testing activities to counteract the expected disasters. Hubby spent New Year's Eve at work at WCC awaiting the much anticipated Sev 1 problems. That none of the glitches caused major incidents is seen as vindication of the Y2K preparation. 10 years later he's still waiting for the huge party we were promised as a result of missing New Year's Eve with our friends and families!


In the 70s mini-skirts and hot pants came into fashion. The working girl's attire was outlined in the linked article. The trouser suit
In the 80s power dressing came into vogue for women in the work place.

Things that don't exist anymore:
Inter-office envelopes
Tea/coffee service to your desk
Carbon paper
25 cent lunches in the cafeteria
Liquid lunches at the taven (women were not allowed by law into a tavern in Montreal until 1979)

Our first computer was a Vic 20 introduced in 1980 followed by a Commodore 64.

Would I give up any of this technology? Not by a long shot! I wouldn't be sitting here blogging about it. And I am making far too many friends in Blogland!!
Posted by Jackie McGuinness at 7:31 AM