September 2020 - Toronto ON
Click here for a history of Toronto lane naming and a list of other lanes with neighbourhood descriptions. That post is a work in progress, and gets updated frequently.
Just 10 per cent of Toronto's more than 3,000 public laneways have a name. Usually the titles recognize community figures, events or local traditions, but many are delightfully strange with brilliant backstories.
Grimsby Dairy Lane - memorializes the Grimsby Dairy at 108/110 Robert Street. John Locke (ca. 1888- 1929) founded and operated the Dairy from this laneway in the early part of the 20th century. Originally proposed name: Dairy Lane. 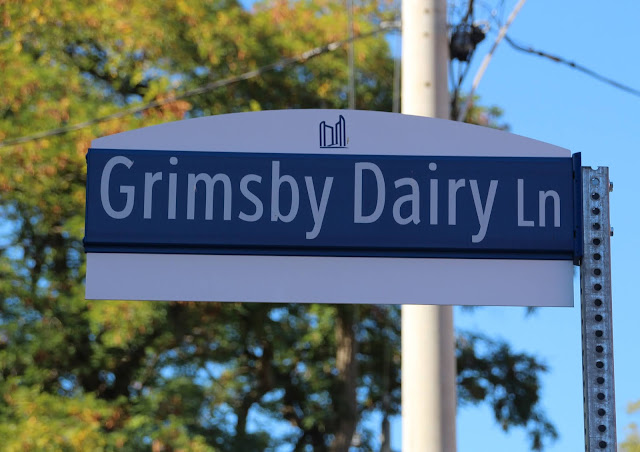 Not strictly called a lane, Fitzroy Terrace was built around 1888 to house English workers.