Since Saturday is Canada Day, I must feature something Canadian!!

Toronto has so many fabulous buildings, I am only giving you a sample here.

The Art Gallery of Ontario (AGO) is an art museum. Its collection includes more than 80,000 works spanning the first century to the present day. The gallery has 45,000 square metres (480,000 sq ft) of physical space, making it one of the largest galleries in North America. Significant collections include the largest collection of Canadian art, an expansive body of works from the Renaissance and the Baroque eras, European art, African and Oceanic art, and a modern and contemporary collection. The photography collection is a large part of the collection, as well as an extensive drawing and prints collection. The museum contains many significant sculptures, such as in the Henry Moore sculpture centre, and represents other forms of art like historic objects, miniatures, frames, books and medieval illuminations, film and video art, graphic art, installations, architecture, and ship models. During the AGO's history, it has hosted and organized some of the world's most renowned and significant exhibitions, and continues to do so, to this day.

Click here for one of my visits.
And here for some Canadian art. 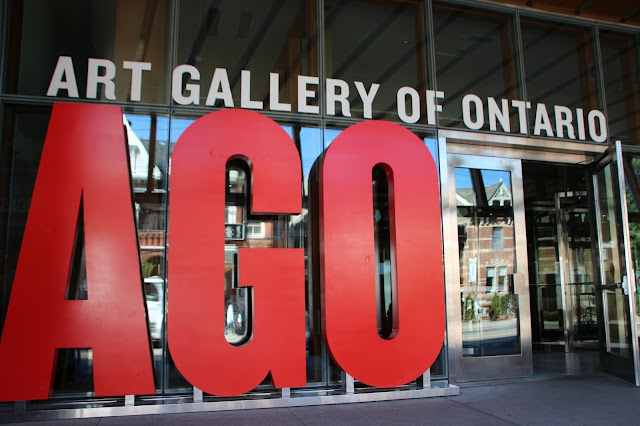 Osgoode Hall is a heritage building located at 130 Queen Street West. This historic site is the focus for legal activity in Ontario and has garnered attention for over 170 years. Osgoode Hall occupies six acres and was acquired by the Law Society of Upper Canada in 1829. The name Osgoode Hall honours William Osgoode the first Chief Justice of the province. Osgoode Hall withstood more than ten major restorations.
The front facade maintained its originality and is basically unaltered to reflect the 1860 design.

Click here to go inside for a tasty lunch. 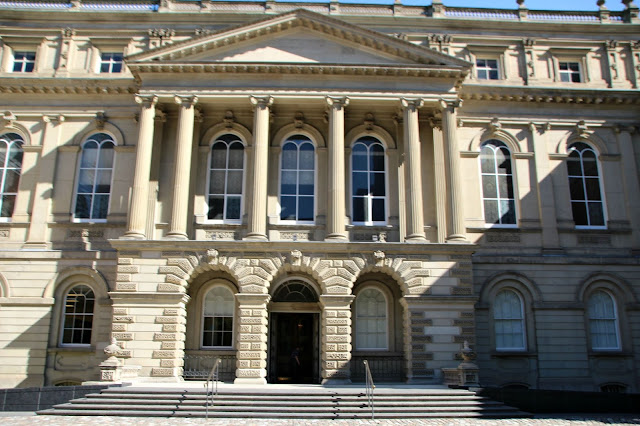 In the heart of Toronto’s financial district, each day thousands of people pass the Old City Hall. The reverberating sound of the bells in its clock tower has rung out across the downtown for over a century. Today, the building bustles with more activity than at any time in its history, as it contains numerous law courts. Its hallways are crammed with lawyers and those who must appear before the judges for their various misdemeanors.

I've been inside but no photos are allowed so click here to see more outside photos. 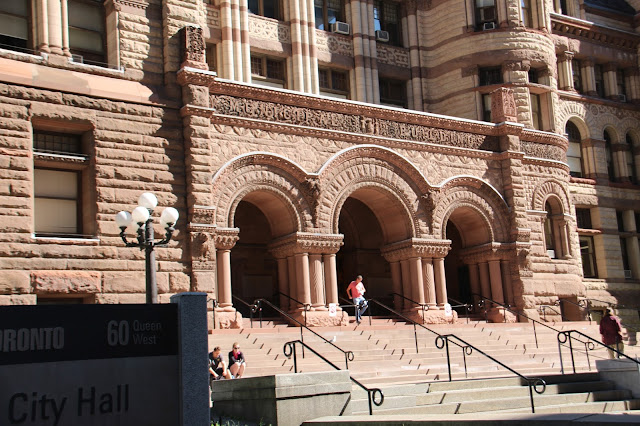 One of the oldest universities in Canada, it was founded in 1836 in Cobourg, Ontario, by royal charter from King William IV, Victoria federated with the University of Toronto in 1890. It comprises Victoria College, an arts and science college of U of T, and Emmanuel College, a theological college associated with the United Church of Canada. 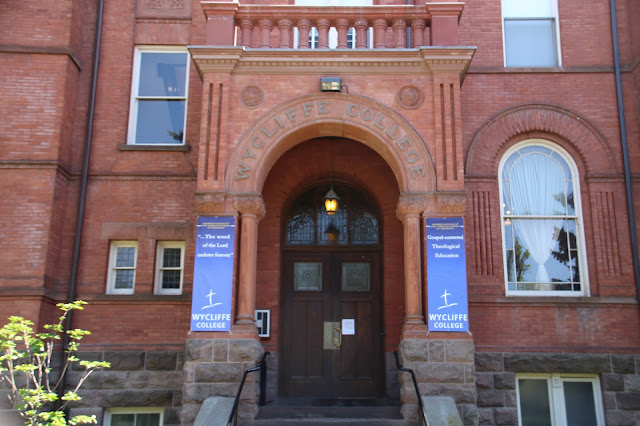 The congregation was founded in Toronto in September 1889 soon after the first Christian Science services in Canada were held informally in a private home in the city . The group referred to itself as Church of Christ, Scientist until December 1893, when it became First Church of Christ, Scientist to distinguish itself from another congregation which had also begun to meet in Toronto. 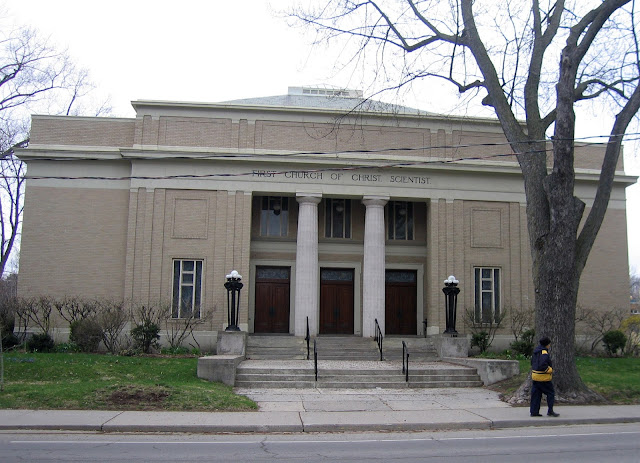 Posted by Jackie McGuinness at 7:50 AM