Here is another favourite of ours that's been in the recipe box for a long time. 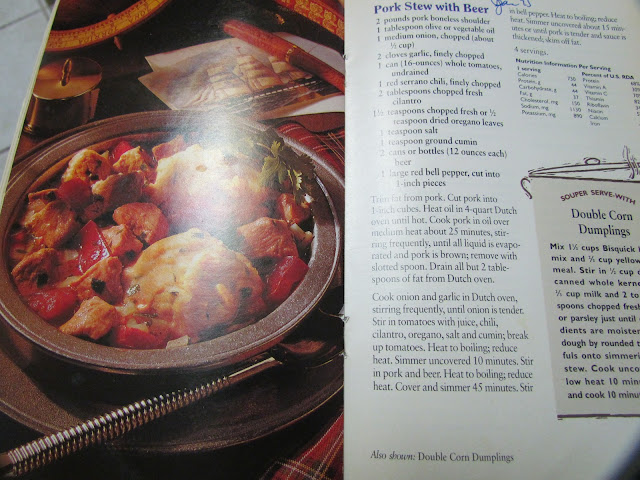 Trim fat from pork. Cut port into 1-inch cubes. Heat oil in 4-quart dutch oven until hot. Cook pork in oil over medium heat about 25 minutes, stirring frequently, until all liquid is evaporated and pork is brown; remove with slotted spoon. Drain all but 2 tablespoons of fat from the Dutch oven.
Cook onion and garlic in Dutch oven, stirring frequently, until onion is tender. Stir in tomatoes with juice, chili, cilantro, oregano, salt and cumin; break up tomatoes. Heat to boiling, reduce heat. Simmer uncovered 10 minutes. Stir in pork and beer. heat to boiling; reduce heat. Cover and simmer 45 minutes. Stir in bell pepper. heat to boiling; reduce heat. Simmer uncovered about 25 minutes or until pork is tender and sauce is thickened; skim off fat.