Scenic Sunday is hosting this meme.

Taken at Montezuma in Arizona when we were staying in Sedona one November.
Montezuma was our first encounter with the Sinagua Indian people and it blew me away!!! 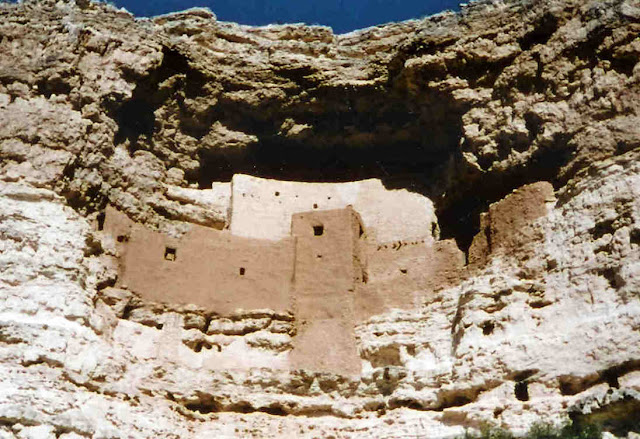 Montezuma Castle is one of a number of well-preserved ancient dwellings in north central Arizona, including the Wupatki, Tonto, Walnut Canyon, andTuzigoot national monuments. It is probably the most spectacular; an imposing 20 room, 5-storey structure built into a recess in a white limestone cliff about 70 feet above the ground. When first (re)discovered the ruins were thought to be Aztec in origin, hence the name bestowed on them by early explorers, but they are now known to belong to the Sinagua Indian peoples who farmed the surrounding land between the twelfth and fourteenth centuries, before abandoning the area. The good state of preservation of the ruins is due in part to their protected location, shielded from rain and sun, and also the relatively early designation of the site as a national monument (in 1906).