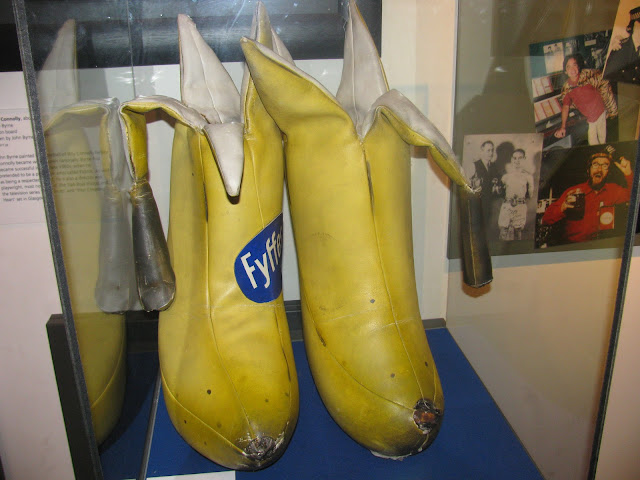 Taken in Glasgow Scotland at the People's Museum, a delightful museum dedicated to the people of Glasgow and the changing times.

The caption displayed beside the boots in the museum:
‘Glasgow pop artist Edmund Smith designed and made these boots for Billy Connolly in 1975. Billy ordered a pair of size 9 ‘bananas’. When the first one was made the artist remarked that the second one would not be identical, as bananas never are, and so it was given the Fyffes label. The boots made their first appearance on stage at the Music Hall, Aberdeen, in August 1075. The documentary ‘Big Banana Feet’ was filmed in the same year. It took its title from the boots that almost became Billy Connolly’s trademark at the time.’
If you've never listened to Billy Connolly here's a clip but be warned he uses offensive language.