Out on Ossington yesterday and found some new murals.

These are new since we were here in early July! That post also has links to more Ossington murals.

“IT’S A LIVING is not just a statement but it is also a life philosophy for Ricardo Gonzalez, a designer, and artist from Durango México currently living in Brooklyn. His signature script style can be easily recognized from large scale murals to commercial work for some of the biggest brands to a simple sticker in the streets. “ 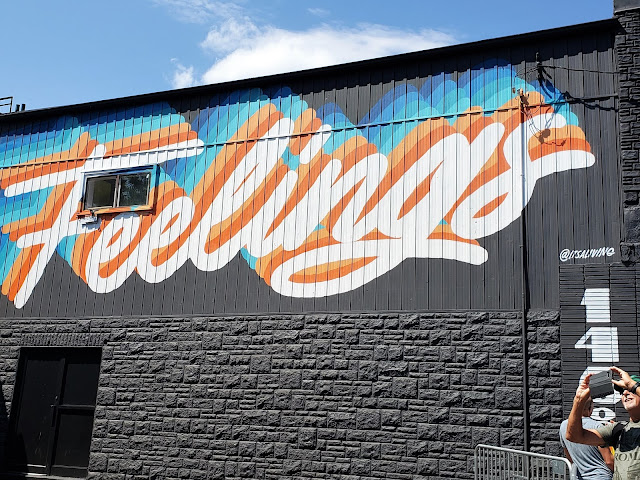 There was another mural here a month ago!!

I have never heard of Secret Walls, so I had to do some researching when we got home.
This is their website and it states:
12 YEARS OLD / 85 CITIES / 42 COUNTRIES / OVER 2000 SHOWS
The "Fight Club" of the art scene, inspired by Marvel comics and graffiti.
A fixture in the global art community for over 12 years, Secret Walls (formerly Secret Wars) is the World's premier live art event.

We couldn't really see the other murals from Secret Walls as the place wasn't open today, and the outdoor space was covered with a tarpaulin. We'll go back on a weekday.
However, some of the artists from Secret Walls did some artwork near 146 Ossington Ave.

“Paul Jackson’s unique take on popular culture has gotten him noticed across the world. Inspired by everything surreal and sci-fi – he remixes the world to his vision." 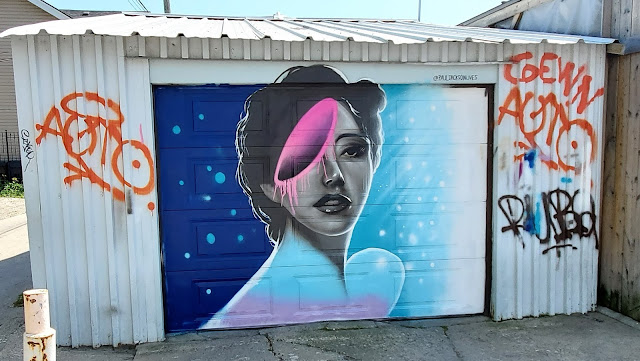 “Lillipore is a contemporary artist with a deep fondness for the color and nostalgia. Her work is strongly influenced by dreams, the 80’s, being in love and the female figure. Originally from Colorado, she now resides in Los Angeles, California. “

You can see an edge of the tarpaulin covering the fence in the background.

Homer Simpson by Matt Gondek (you can see it in the link at the top) has been replaced by Pinocchio, also by Gondek. 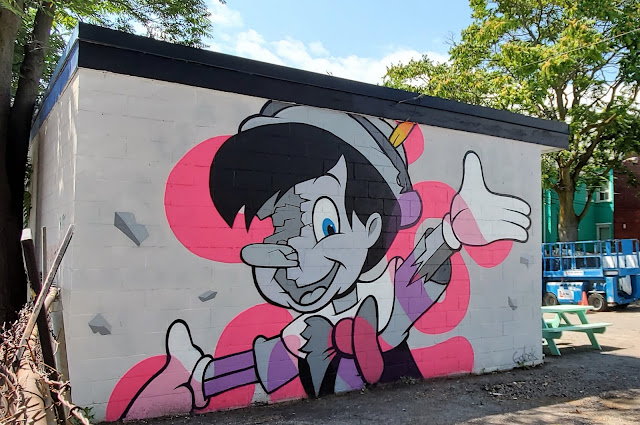 “Lauren YS is a Los Angeles-based artist whose work is influenced by multiple stages of focus, both geographically and in practice. With dynamic bouts in academics, literature and writing, teaching, illustration, and animation leading up to her arrival in the urban art sphere, the influences of these phases of her own career add up to a robust style of murals and fine art.” 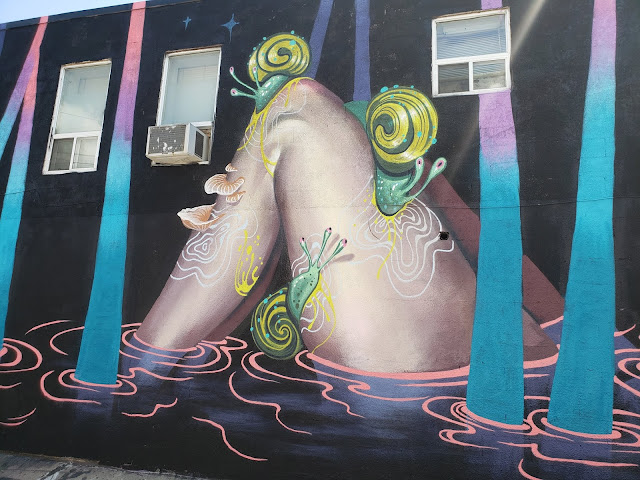 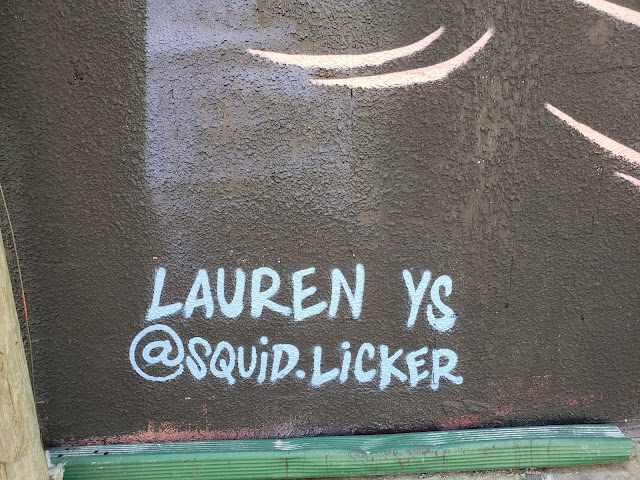 A collaboration by Paul Jackson and Matt Gondek.

John did manage to get part of another one, high on the side of a building.