It Is Obvious We Never Learn

University of Toronto outside the Robarts Library.

In 1970, an environmental group called Pollution Probe organized a week of events in Toronto. This included lectures, tours of conservation areas and theatre performances. On the last day, they buried a time capsule at U of T, on the south side of Robarts Library.

The capsule contains vials of pollutants which have since been banned in Canada, water from the Don River, an audio recording of noise pollution in Toronto, newspaper clippings and a bronze plaque that says “In the hope that this time capsule will be found by a civilization wiser than our own, we have buried here a record of man’s folly on the planet he has outgrown.” 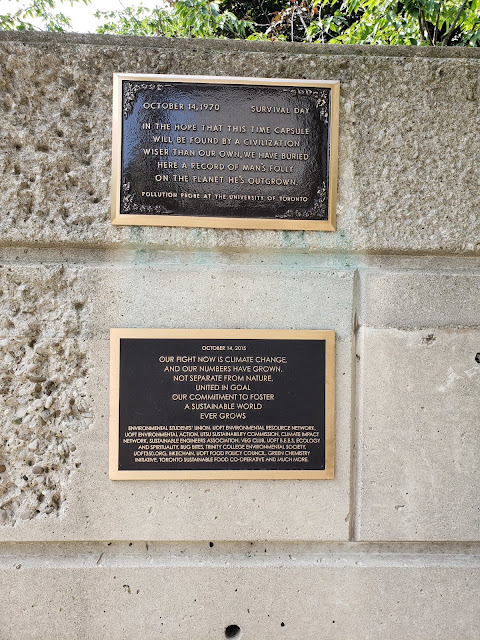 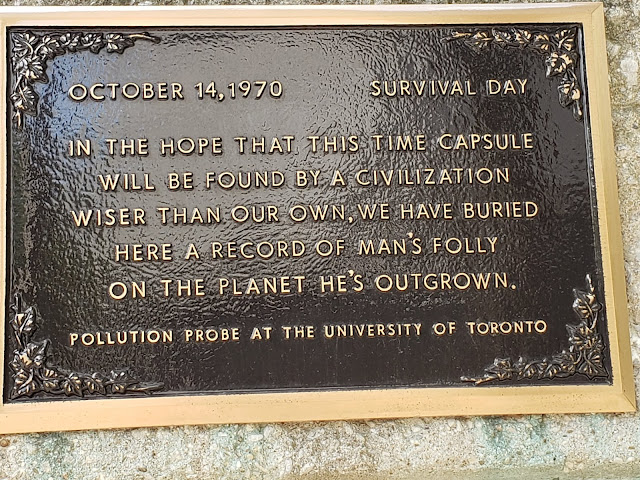 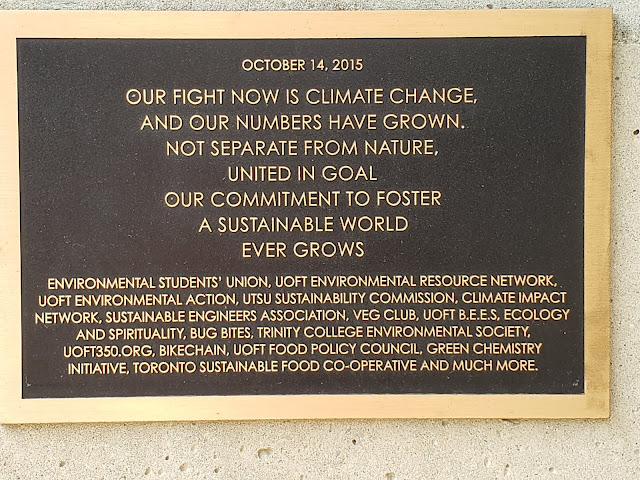