"The Diving Girl," a restored neon sign and downtown landmark in Tucson AZ.
The building was originally The Willard Hotel. The hotel was designed by renowned architect Henry C. Trost and built by Willard Wright. The hotel was owned by William Siewert. When it opened on September 3, 1902, the Arizona Daily Citizen described the hotel “as a marvel: it is simply ahead of anything in the Southwest …”

The hotel was described as:

Thirty rooms all en suite, and all easy of access. Of the rooms some half dozen are provided with private baths, besides these there are those not directly connected with the rooms. The rooms are well lighted, carpeted with body Brussels and furnished with the late style of iron bedsteads, the beading being all that the most fastidious could desire. There are no two carpets alike, and in grades of furniture the selections are in oak and maple, both pleasing to the eye.

During WWII, the hotel was converted into apartments and in 1944 became the “Pueblo Hotel.” This redeveloped property had 32 rooms, 19 with kitchenettes, and second story porches. In 1955 a swimming pool and rows of palm trees were added. The Pueblo Hotel closed in the early 1970s after an extensive fire.

In 1991, a law firm purchased the building and undertook a gut renovation. 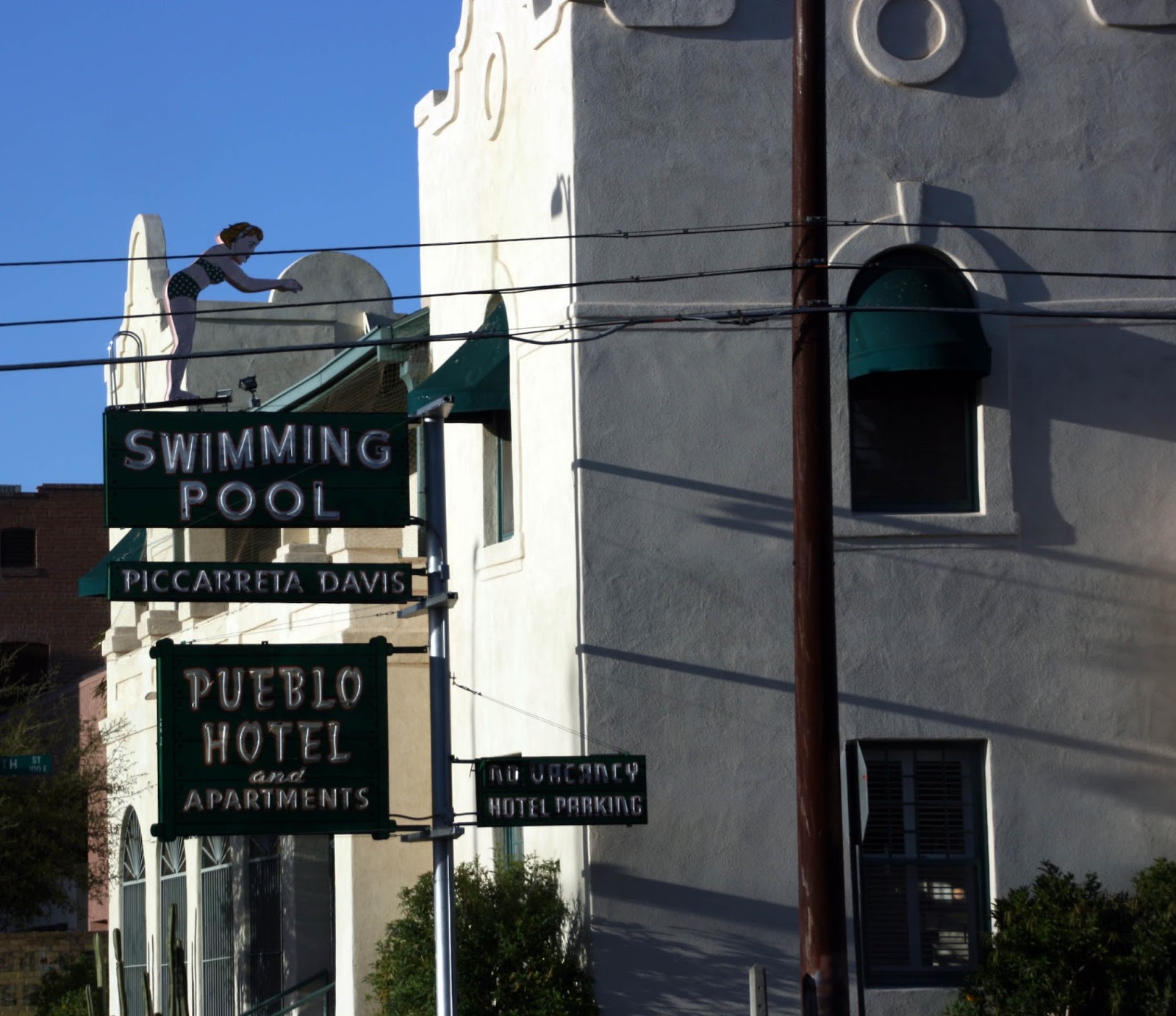 Posted by Jackie McGuinness at 11:42 AM