Ruby Tuesday and Our World Tuesday

I'm posting at Ruby Tuesday today  and at Our World Tuesday

We were returning home along Lake Shore on Saturday when I snapped this photo from the car. I then learned it was a protest outside the Polish embassy situated in one of the lovely old homes bordering Lake Ontario very close to us.

Using my friend, Ms. Google, I learned that they were protesting against a decision by the Polish National Broadcasting Council to strip a Catholic TV station, TV Trwam, of its right to broadcast digitally for free. Protesters claimed the move was a blow to freedom of expression and an attempt to silence their conservative Catholic worldview.

The protests began in Poland in September and there have been 157 demonstrations  organized in Poland and abroad. A march on  May 19 was scheduled in Paris. 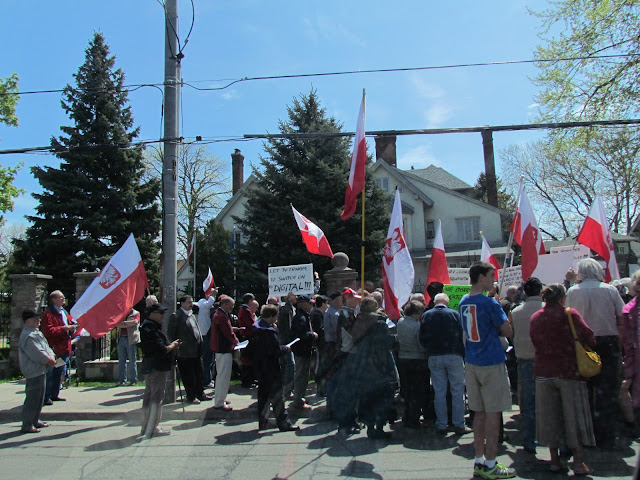 Posted by Jackie McGuinness at 8:11 AM