This week's theme is STREET ART.

We were in a different part of town the other day as DH had to get his laptop repaired and we are learning our way around a new part of town as we have moved to the west end after twenty years in the east end.

The area had banners stating "the merchants of Baby Point thank you". I had never heard of Baby Point. These are painted on the narrow jutting side of the buildings on Jane St. 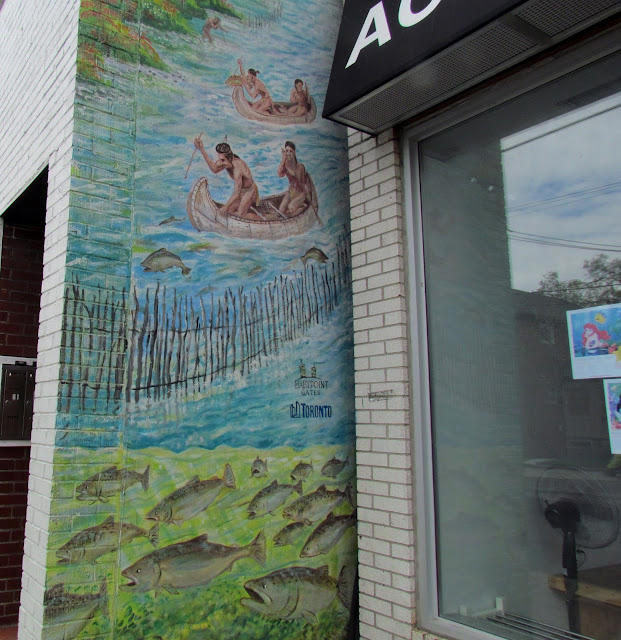 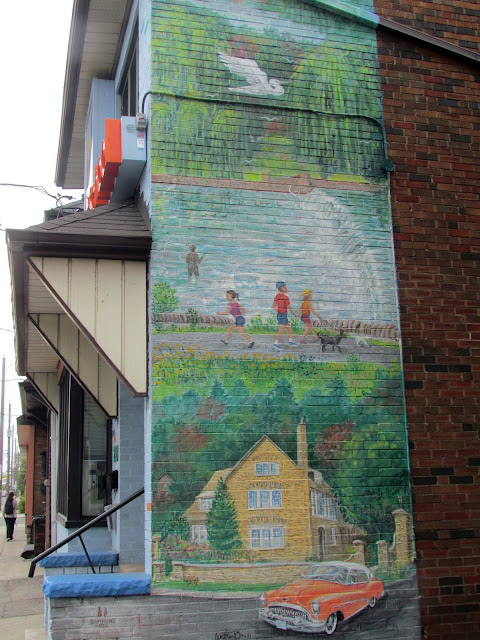 Using trusty Google and Wikipedia I learned that:


Baby Point is a residential neighbourhood in west end of Toronto, Ontario, Canada. It was formerly in the City of York, and was two independent municipalities prior to that. It is bounded on the west by the Humber River from south of Baby Point Crescent to St. Marks Road, east to Jane Street and Jane Street south to Raymond Avenue and Raymond Avenue west to the Humber. It is within the city-defined neighbourhood of 'Lambton-Baby Point.' More recently, in 2010, local merchants formed the Baby Point Gates Business Improvement Area (a board under the City of Toronto) which runs along Jane St from Montye Ave in the north, to Lessard Ave in the south, and along Annette St from Jane St in the west, to Windermere Ave in the east.
In the 1600s, it was the site of the Iroquois village Teiaiagon, occupied by the Seneca and Mohawk, before the Marquis de Denonville led its destruction.
Posted by Jackie McGuinness at 6:04 PM