We picked up gluten free cannolis on Friday and finally got a shot of the finished mural.

Well, John took it, as I stepped out to take it! 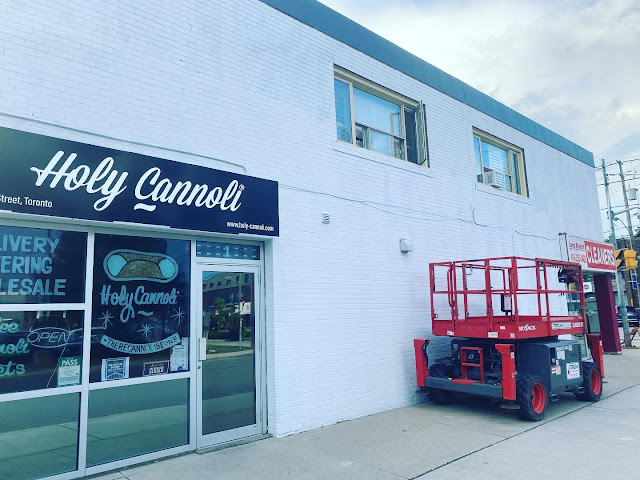 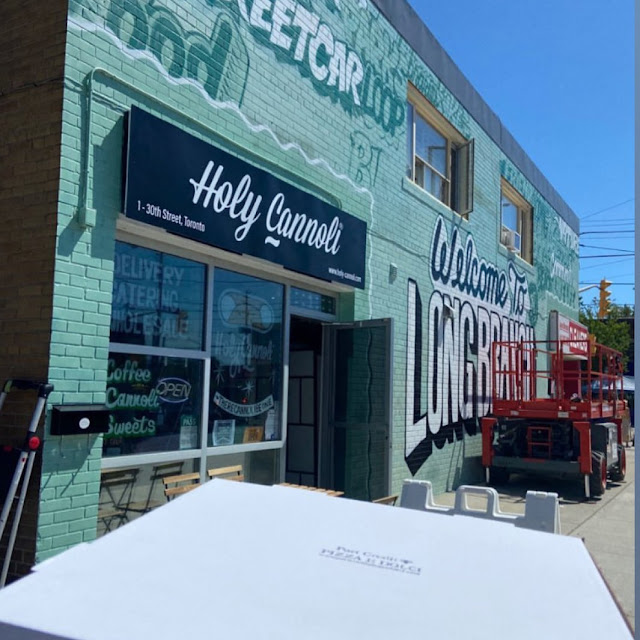 Before Long Branch became a village, it was the home to Loyalist Col. Sam Smith, who was one of the earliest settlers in Etobicoke. His cabin was located near Etobicoke Creek and survived into the 1950s. Col. Smith was granted a large tract of land for his service in the Queen's Rangers in 1797, which eventually extended from what is now Kipling Avenue to the original course of the Etobicoke River (now Creek), and south of Bloor Street to Lake Ontario after Col. Smith acquired additional parcels of land. The southern portion of this tract would include all of Long Branch and the westernmost portion of New Toronto, south of the railway line.
Posted by Jackie McGuinness at 12:30 AM