Books - Hotel on the Corner of Bitter and Sweet 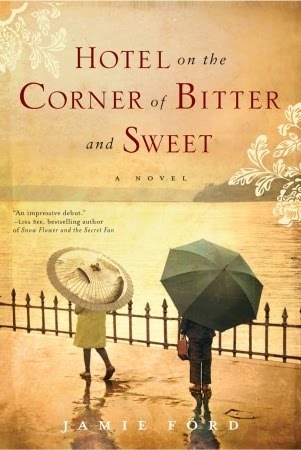 Set during one of the most difficult times during World War II,in the United States, Hotel on the Corner of Bitter and Sweet is a heart rending story of commitment and enduring hope.
In Henry and Keiko, Jamie Ford has created an unforgettable duo whose story teaches us of the power of the human heart.
In the opening page of Jamie Ford’s stunning debut novel, Henry Lee an American Chinese widower, comes upon a crowd gathered outside the Panama Hotel, once the gateway to Seattle’s Japantown. It has been boarded up for decades, but now the new owner has made an incredible discovery: the belongings of Japanese families, left when they were rounded up and sent to internment camps during World War II.
As Henry looks on, the owner opens a Japanese parasol which he is sure belonged to his first true love, an American Japanese girl called Keiko. 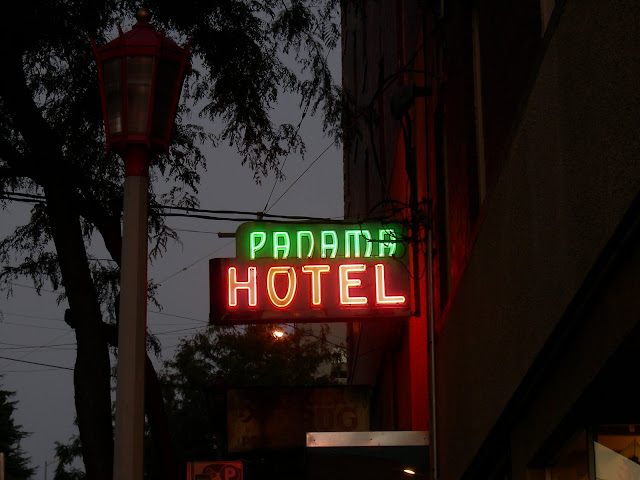 The hotel referred to is the Panama Hotel in Seattle which still stands. I wish I had been aware of this hotel and its historical significance when I visited Seattle. It is open and many of the belongings are on display.
The Panama was once the gateway to Seattle’s Japantown. It had been boarded up for decades, but now the new owner has made an incredible discovery: the belongings of Japanese families, left when they were rounded up and sent to internment camps

This simple act takes Henry Lee back to the 1940s, at the height of the war, when young Henry’s world is a jumble of confusion and excitement, and to his father, who is obsessed with the war in China and having Henry grow up American. To ensure his son is not mistaken as Japanese he makes Henry wear a button stating "I am Chinese".  Henry's father "hates" the Japanese and is livid that his son has befriended Keiko.

The novel flips back and forth from the war years to 1986.  We go to school with Henry where he is bullied as the only non-white child on a scholarship until Keiko enrols. As part of their scholarship they work together in the cafeteria at lunch and then clean the classrooms after school.

We learn what the camps were like as Henry goes to visit Keiko and her family.

Father-son relationships are a crucial part of the novel. Henry also struggles with his relationship with his own son Marty who becomes engaged to a Caucasian girl, Samantha.

Central to the theme is Henry's friendship with an older Black jazz musician named Sheldon. Their love of jazz binds them to a lifetime friendship.

The US has been called a nation of immigrants yet the paranoia in this historical period is mind blogging.
The author does not attempt to address whether the US government was right or wrong to "relocate" Japanese-Americans and other citizens and residents who had emigrated from countries the US was fighting in WWII.
As we turn the pages we hope that the story will come full circle and end on a sweet note.
Posted by Jackie McGuinness at 2:08 AM

Email ThisBlogThis!Share to TwitterShare to FacebookShare to Pinterest
Labels: books